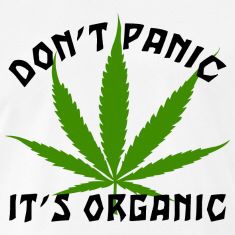 So I read today that the Campaign Against Marijuana planting (CAMP) has eradicated 1.1 Million plants in California. But what does that mean to the economy? That is 4 Billion dollars of currency not in play. And that doesn't even account for the tons of processed weed that was taken during the raids. (And not accounting for asset forfeiture which might double that number!) And half of these totals are from Public lands. In Humboldt County alone the loss to the economy is 229 million! That is cars not purchased, restaurants not used, equipment not bought etc. It does bounce through our economy. And what about the water consumed? Those plants just in Humboldt that were eradicated used 62 million gallons of water. That is 11,018 truck loads. I am not making a social statement here, just pointing out the effects of CAMP. And I can tell you comfortably that I am under estimating the financial effects!
Posted by samoasoftball at 10/09/2020

CAMP only takes weed from illegal growers, or those not following the set guidelines for permitted grows. As far as I am concerned they can take every pot plant in the county illegal or not. There is a lot of crime involved, and damaging creeks, rivers, killing wildlife like deer.