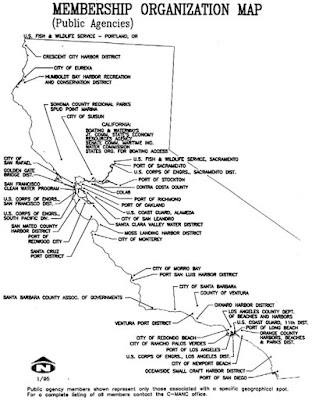 I went to a California Maritime Affairs and Navigation Conference meeting in Los Angeles recently to talk about dredging issues. I am a director on CMANC and here was a quick synapse on what happened there:


Humboldt Harbor main channels are on schedule to dredged from May 20th to June 10th by the Army Corp of Engineers. It is estimated that 600,000 cubic yards will be moved by hopper dredge. Only the Channel Islands, San Francisco Harbor, and Oakland Harbor are scheduled for more.

"Sea Level Rise" has now been replaced by" Sea Level Change" as the politically correct designation since lands in Alaska are rising and lands in New Orleans are sinking. Discussion was had about "Graceful Failure or retreat."

Dredge Spoils is also on the way out. A 3,000 cubic yard "Strategic Placement of materials with Beneficial Reuse" components on pilot project using tides, spraying methods and other state of the art type processes is in the works. Maybe Moffett field on SF Bay.

Lt. General Todd Semonite of the Army Corp of Engineers gave an impassioned speech about  the Corps commitment to follow through on projects. I had a chance to talk to him and he was attentive.

Smaller Marina in North San Diego has a cooper paint abatement project ongoing. Cooper is being replaced by new paints. This could have a dramatic affect in Humboldt. It is coming in the future.

Keith Merkel updated the Eel Grass conundrum. The concerns and issues are state wide. Humboldt has more Eel grass than all of the other harbors in California. Might be why we are the only "High Health" certified bay in California.

Small East Harbor Marina in SF has 300 core samples checking for contaminants. 1 million dollars in costs. They may close the marina and that would eliminate about 300 boat slips.

Superfund Maintenance Dredging the Willamette in 9.1 mile stretch on city front of Portland has a current price tag of 1 Billion dollars.

New Humboldt Bay Harbor Recreation and Conservation District Executive Director Larry Oetker was able to spend quality time with other ports to hear issues and figure how they could apply to solution for Humboldt. Dredging is definitely on the forefront for the Harbor District.
Posted by samoasoftball at 1/31/2018 No comments: 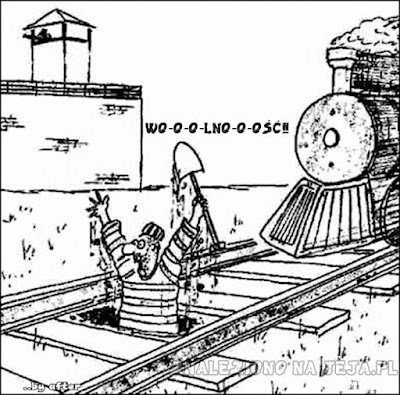 The North Coast Railroad Authority (NCRA) was created by the State Legislature in 1989 to ensure the continuation of rail service in north western California.  NCRA obtained ownership and/or right-of way to 316 miles of rail corridor extending from the national rail interchange at Lombard, south of Napa, to Humboldt Bay in the north.
NCRA was created without a dedicated source of funding but with considerable deferred maintenance and environmental cleanup issues.  NCRA operated from 1992 until 1998 when the line was shut down by FRA Emergency Order 21. Freight service resumed in July, 2011 on the southern 62 miles of the line from Lombard to Windsor.

The Rail Corridor
NCRA is currently responsible for oversight and maintenance of 280 miles of rail corridor from Healdsburg north to the Port of Humboldt Bay. The northern portion of the line is known as the Eel River Division and the southern portion is known as the Russian River Division. SMART is now responsible for maintenance on their operational segment, a distance of approximately 36 miles of the shared right of way.

NCRA currently has two sources of consistent revenue: lease of rolling stock and revenue from leases, licenses and encroachment permits. In addition, periodic revenue results from the sale of property, equipment or one-time long term lease arrangements. Annual property revenues collected by the NCRA range from $300,000 to $500,000.

Recent property sales proceeds have been dedicated to site development in an effort to create an additional source of long-term funding through commercial leases once property improvements are completed. The most recent example is sale of a 4.1 acre portion of the Ukiah Depot property to the Judicial Council of California for construction of a new Mendocino County Courthouse.

NCRA's liabilities include the outstanding RRIF loan, the loan from NWP Company, and outstanding amounts due to contract service providers for legal and engineering services.

In 2005 and 2007 NCRA sought assistance from the State legislature to allow NCRA to utilize State funds that were no longer required for repayment of a federal loan, and instead use the funds to address health and safety issues. In both 2005 and 2007 the legislature approved the requested legislation, but the bills were vetoed by the Governor.
Operational Challenges

NCRA was created without a dedicated source of funding but with considerable deferred maintenance and environmental cleanup issues. A lack of stable agency funding has hindered NCRA's ability to respond to maintenance and emergency issues, secure payment for use of NCRA property and apply for and secure grants.
NCRA has also been hindered by the historic choice to construct a rail line through the Eel River canyon, one of the most geologically unstable areas in the world. For example, the day the ceremonial spike was driven at Cain Rock in 1914, completing construction of the line from Willits to Eureka, a landslide prevented the inaugural train from completing the trip to Eureka. NCRA commenced operations in 1992 but was plagued from the start by line closures due to storm damage and slides in the Eel River canyon, with some closures lasting for months at a time. The entire line was shut down in 1998 by FRA Emergency Order 21 ("E021").

NCRA, as steward of a 316-mile railroad line, is required to coordinate with the following regulatory or trustee agencies involved in coordination, permitting and other approvals:

NWP Co., in conjunction with NCRA, has identified portions of the line where the return of freight service is economically feasible. NWP Co. is preparing a separate business plan which is expected to address the viability of freight rail in the following areas:

From South Fork to Eureka, Arcata, and Samoa, along with a tourist train. Shippers that have expressed interest include Humboldt Redwood Company, gravel operators and contractors, many of whom work with both the County and CalTrans, including Eureka Ready Mix, Mercer Fraser, Thomas R. Bess Inc. and Jack Noble.

The remainder of the rail line, from Willits to South Fork, including the Eel River Canyon, is less suitable for freight rail traffic. The area has a long history of landslides, flooding and heavy maintenance requirements that make it prohibitively expensive to maintain as a rail corridor. Estimates for the restoration of rail service through the Eel River canyon start at $600 million. There is currently no economic justification for making that kind of investment.
Phase 1 - Windsor to Cloverdale
The portion of the rail line from Windsor (MP 62.9) to Cloverdale (MP 85.2) is currently planned by SMART for reconstruction to Class 4 with all new rail and track section using concrete ties. SMART also will be completing significant bridge and other infrastructure improvements to allow for 69 mile per hour passenger service. SMART is expected to complete the reconstruction of this portion of the rail line in 2021.

Phase 2 - Cloverdale to Ukiah
North of Cloverdale to Ukiah, outside the limits of the future SMART passenger service, the track rehabilitation is based on repairs to a level of Class 3 for freight with speeds up to 45mph. The repair cost includes $12 million in estimated repairs for the tunnel.

NCRA is pursuing a course of action to accomplish the following:

Railbank a 120 mile portion of the right of way from Willits to South Fork, including the entire Eel River Canyon. Receive one time funding in exchange for railbanking to be used to retire debt.

Obtain dedicated funding to maintain necessary staffing and resources to manage the maintenance of those portions of the line that do not have freight service and are not yet railbanked.

Work toward obtaining grant and private funding to complete phased improvements to restore freight service from Cloverdale to Willits and establish a freight belt line and tourist train around Humboldt Bay.