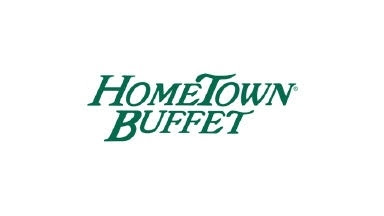 Say it ain't so! How can I get my grub on when I want quantity and don't care about quality? Bring back King's Table! And why no notice for the workers?
Posted by samoasoftball at 11/28/2011 11 comments:

First, let me preface that I want the Dams removed from the Klamath. I want PacificCorp to pay for this.

In 1911 California Oregon Power Company started building 4 dams on the Upper Klamath river. For years Indian tribes and Commercial Fisherman have demanded removal in hopes of revitalizing fish runs. There is a tentative pact that will theoretically allow for farmers to retain water rights for irrigation in Oregon. The deal is a collaborative legislation between Congressman Thompson and Oregon Senator Jeff Merkley.

Here is my problem with this pact. The cost for removal is 1 Billion dollars! PacificCorp is to pay 250 million dollars and Thompson and Merkley want the Federal Government to pay 500 million! Then Thompson and Merkley say the remaining balance will be covered by "non federal sources." It will actually come from California Taxpayers through a chunk of a 11.1 billion dollar state water bond that is scheduled to be on the ballot next year. There will be no gain of our usable water supply in California with the removal of the dams. What is the rational? Improved runs on the Klamath will offset losses of habitat in the Sacramento/San Joaquin Delta. (According to Sacramento Bee writer Dan Walters)

So basically, instead of waiting for PacificCorp to remove the dams on their dime, Warren Buffet is benefiting with a gift of 750 million dollars total of your taxpayer dollars. Yeah, he really needs more money. And Thompson gets credit for helping fishing habitat in his new district in the Sacramento valley!

And Thompson wants a vote for Huffman? No thanks, Solomon for Congress!
Posted by samoasoftball at 11/25/2011 8 comments:

Things to be thankful for: 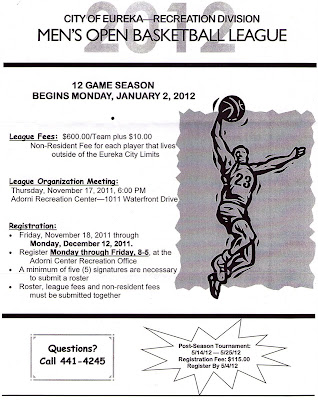 Rumor has it that IN- N- OUT Burger is setting up shop at the old Arctic Circle location on 5th St. Anyone else heard this? Now we will have to get used to that secret menu list. 2XMeat, Animal Style, Flying Dutchman and all the other cult names for their burgers. Bring it on!
Posted by samoasoftball at 11/16/2011 25 comments:

And in a quick synopsis, what he was saying was the truth. Cal Trans wants this improvement project to move forward or they are threatening to close all the medians on the corridor. And Cal Trans is not going to help pay for the improvements! But they can fund the closing of the medians? This is just ridiculous. Most other needed road improvement projects in the County will now be put on hold for this 10 million dollar boondoggle.

The Board of Supervisors voted 3-2 to go forward with the project with Mark Lovelace and Jimmy Smith dissenting. There were around 40 people who spoke in public on the issue in a packed Board Chamber. Residents and business owners along the corridor are scared to death for their businesses and who can blame them with this threat by Cal Trans hanging over them. This doesn’t leave good community dialogue for solutions.
Posted by samoasoftball at 11/14/2011 3 comments:

HSU tailgate practice, Jacks win 37-7! Why we live in Humboldt. 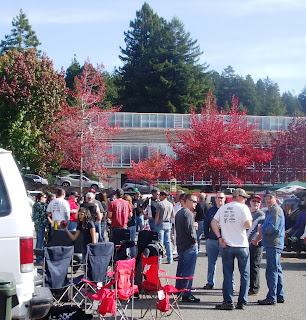 Lyndon Rowells ran for 246 yards and the Jack defense intercepted 7 passes in beating Western Oregon University 37-7 to avenge a earlier loss to them at their home.

It was senior night for the team and I was sitting near a woman who was mother to #40on the team. She asked if our group of guys were from Humboldt. I told her that between the 4 of us sitting together we had over 200 years in Humboldt! (Doug Weatherbee, John Egerer, Mickey Ayala and myself. And we have known each other over 150 years!) She thought that was real cool that we had lived that long in Humboldt. And that crowd tailgating? Add a few more hundred years!
Posted by samoasoftball at 11/12/2011 No comments: 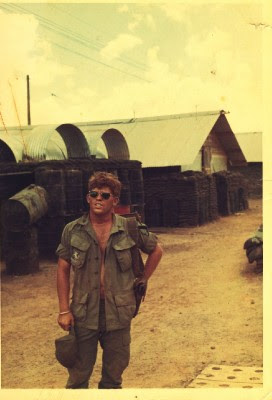 The picture is my brother Roy in Vietnam. He died of complications from Agent Orange exposure. He served in Nam and Korea. My father Major Marks was at Pearl Harbor when it was bombed and he served in Korea. My oldest brother James served in Korea. My brother Mike served in Vietnam. I decided to not enlist after seeing the affects of Nam on my older brothers. I would have went if drafted, but the draft was stopped by the time I was 18. I hate war, but appreciate the men and women who fight for our freedoms. This day is for them.
Posted by samoasoftball at 11/11/2011 4 comments: