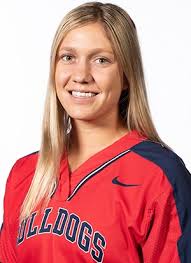 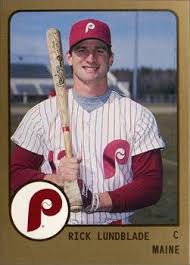 So there you have it. Hailey the best women's college softball player ever from Humboldt, Rick the greatest college baseball player.
Posted by samoasoftball at 3/09/2020 1 comment:

Excursion Train or Bust? "You Eder Fer it or Agin it! It is not that easy. 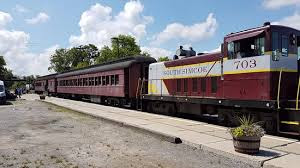 My wife Robin and I attended the latest Humboldt Harbor Working Group and the Timber Heritage Association (THA) special luncheon presentation concerning an excursion train around the bay. The meeting was led by Randy Gustafson (of Stone Consulting) who recently completed Bay Rail "Feasibility Study Update and Assessment Report." I heard the report was paid for by the Humboldt Lodging Association. This report was to address program and funding opportunities to enhance rail use on Humboldt Bay. Topics were to include speeder rides and rallies, pedal-powered rail cycles, and excursion trains. About 70 or so people were present, as well as the Executive Director and three Humboldt Bay Harbor Commissioners. All seemed excited to hear this subject matter.

Mr. Gustafson outlined the physical attributes of the existing line and complimented the Timber Heritage Association (THA) for perseverance of the assets around the bay. THA President Pete Johnston and his 400 volunteers have logged over 10,000 volunteer hours and are passionate for Timber History and especially the historical train element. The THA has been on the forefront of creating a “Rail with Trail” program in Humboldt that has been successful. Gustafson was clear to explain that our local track around the bay would only qualify for Federal Rail Administration (FRA) Class 1 transportation  which would restrict travel speeds to 10-15 MPH taking into consideration of our gauge of ties and condition of the rail line. Gustafson was good at showing other excursion train models and how they have used other abandoned rail lines that have rail with trail and no fences barricading each other. He also pointed out that there was a 20% boost in tourism when you add the element of Train with Boat like the Madaket.


So everyone seems to like the excursion train concept and very little opposing voices seemed to be involved.

What is holding up this type of project?

Mr. Gustafson was just at this meeting to point out the viability. He did not address some of the blockades. Here are a few:

Legislation. Senate Bill 1029 (McGuire)-This bill creating the “Great Redwood Trail” requires the California State Transportation Agency (CalSTA) to undertake an assessment of the North Coast Rail Authority assets and liabilities and to submit a plan to the state legislature to dissolve the (NCRA).

Funding Source- There will be no funding or grants available until the process above is complete. Period.

New Trail Agency- There will be a creation of a successor trail agency with a mandate to facilitate the creation of interconnected, multi-use recreational trails along the NCRA right of way in Humboldt County. During workshops and Rail Authority meetings there has never been a topic brought forward on any agenda concerning an excursion train.

Proposal would be unprecedented- Even if a nonprofit business would like to obtain a lease or license for an excursion train use along the NCRA Corridor, on a railroad track way transitioning to state ownership the jurisdiction over an “active” rail line is in the legal hands of the Federal Rail Administration (FRA) and the Surface Transportation Board (STB).

Decisions have to wait for use of track- So basically discussion on the use of this right of way around the bay has been ongoing between the CalSTA-SB 1029 Project Manager, California Transportation Commission (CTC), Senator McGuire staff and NCRA legal counsel and all agree that until the successor agency is named, no new plains for rail use will be fruitful.

Nuts and Bolts- Mr. Gustafson was showing in his presentation how to build up levee damaged rail around the bay by using Riprap as an easy fix. He admits that process would have to be approved by the California Coastal Commission. Could be years for that process.

If anyone is going to lead this idea of an excursion train, first do a reality check. I talked to my fellow Harbor Commissioner Larry Doss and he wants to co-organize a workshop and invite as many participating agencies in the process to see if an excursion train is even viable. I agreed. 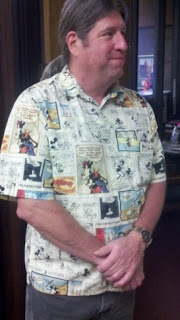 Anyways, I am humbled by the support of my fellow Eureka, Myrtletown, Samoa, Finntown and Fairhaven constituents. Thank you all!
Posted by samoasoftball at 3/04/2020 1 comment: