Excursion Train blast from past.

Here is an old video of the Peninsula Union School District from 1988 on the train. Many of those kids on the train played Basketball for the mighty Yellowjacket teams that I coached. It was fun seeing them as kids again. 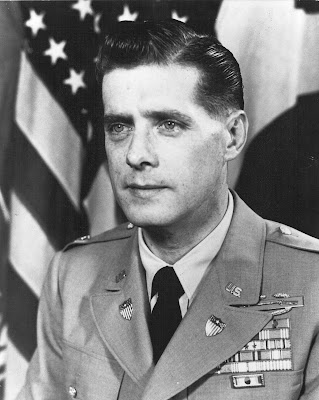 Happy fathers day to all. My oldest son Jacob called and wants to go to a Niner’s game with me this fall. (This is hard for him as he is a die hard Raider fan.) He is an auto body repair man in El Dorado Hills just east of Sacramento. My younger son called from San Francisco. He has just moved to the Castro district and is working for Ken Cole clothing. He is hoping to climb the corporate ladder in fashion design. It is so good to hear when they are doing well and are healthy.

The picture is my father, Army Major James Marks. He was at Pearl Harbor during the attack and served in Korea. (My older brothers James, Roy and Michael all served in either Korea or Viet Nam) Once my dad passed the bar and became an attorney, he followed his Army buddy James McKittrick to Eureka and went into law practice with Al Paso and Jim. But, alas, my mother and father divorced when I was 6 years old. My dad and I were never close and he passed away in 1981 when Robin was pregnant with my oldest son Jacob. He was a great story teller and I wish we had more contact. He affectionately called me “Tooter,” which to this day is my family name, and was once the only name I was known by.

So, as a family, we went from good living on the Presidio in San Francisco to Healdsburg then Eureka and ended up in Petaluma, where we lived with my mother Mabel and 5of her children and whatever stray’s my family seemed to find in a two bedroom house in the front of a chicken farm. I went to work on a local rabbit farm at the age of 7 and was paid in vegetables! (When our family gets together we discuss how I never had a baby sitter from 7 years old on. My mom worked afternoon and nights for Western Auto. We were broke, broke.) We moved back to Cutten in the mid 60’s and my mom was able to get a union retail clerks job at Disco and then Bazar. Our living conditions changed dramatically and we ended up in Myrtletown. (And I dropped the “Tooter” name from the school rolls, but some from Cutten still didn’t get this memo)

I had the greatest childhood experience of growing up and going through Lafayette, Zane, St. Bernard’s and Eureka High and College of the Redwoods. I was so fortunate to have the Biasca family take me in and take me to their cabin in Willow Creek and teach me to fish for trout. Lee Biasca helped formed my basic working class Democratic values with his observations in the 60’s as did Paul Maisenbach, who helped me learn how to catch a baseball and welcomed me in his household. (The neighborhood used to go to Paul’s fast pitch Louisiana Pacific games, if they won he would buy us root beer floats at A &W, if they lost….we got nothing. And he stood by that!) Our next door neighbor Mark Stark was a staunch Republican who laid the foundation of my love for the 49ers and took his son Matt and I out Salmon fishing in the ocean. Fergy (Clyde) Ferguson let us immature teenagers work on his #21 stock car, and no matter the results, he always praised us. (But he won a lot!) My local Boy Scout troop also was such a blessing, Art Pope, Paul Green, Mr. Kyle and Mr. Allen were so patient and helpful. Some of the greatest memories of my life! I was raised by a village and can never express enough my gratitude.

But, I want to point out my mother Mabel, my sisters Kathy, Michelle and Mary, and my brothers Jimmy, Roy and Michael helped form my core values and living platform. And it is diverse.
Posted by samoasoftball at 6/20/2010 5 comments:

Robin's great nephew Justin graduated from Arcata High School yesterday. Robin gave a speech accepting the class of 2010 on behalf of the Northern Union High School District that was really cool with Justin in garb. Below is Robin, Justin and Robin's niece April. 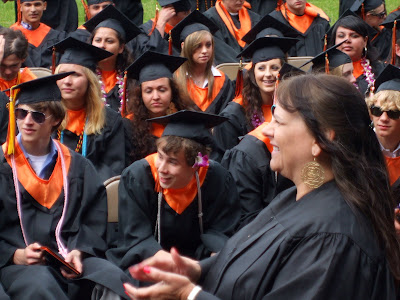 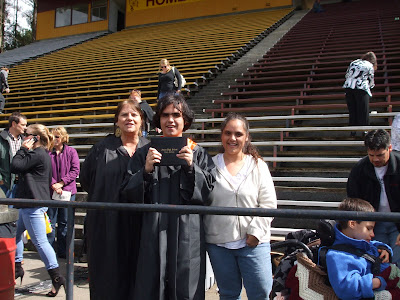