Looks like the presentation by Bob Simpson of Freshwater Tissue's business plan is on hold. Instead, AWPPW President John Rhodes and VP Greg Pallesen will speak to the membership tomorrow at 4pm at the union hall. Next on the agenda is a vote on whether to sell the union hall.

You can check out the Pulp Mill's business plan at FreshwaterPulp.com.
Posted by samoasoftball at 7/28/2009 29 comments:

Murphy's beat Samoa Athletic Club 7-4 in the championship game of the Humboldt Domestic Violence Services "Heart of the Redwoods" softball invitational Saturday. Murphy's played 7 games and had to beat SAC twice to win the 1st place trophy and Championship Tee-Shirts. After the dust had settled, Cross Up of Eureka took third and Big Pete's Dirtbags of Arcata finished 4th. Every team in the tournament had at least a win and every team lost 2, so this was a very tight tournament.

There were good crowds all day and good ball. The umps took the brunt of some yelling and cursing, but all in good fun. We were able to raise some money for Humboldt Domestic Violence Services and play some ball in sunny Arcata!
Posted by samoasoftball at 7/26/2009 2 comments: 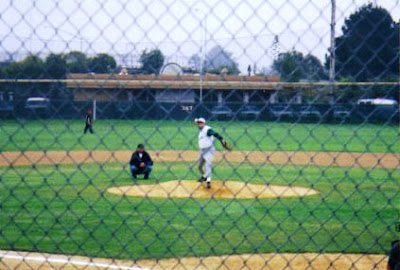 I am hosting a benefit softball tournament for the Humboldt Domestic Violence Services at the Arcata Sports Complex. The tournament will run all day Saturday.

I tried to hold it in Eureka but didn't get the response I needed to make it work out money wise. And the City of Eureka is keeping the $100 deposit even though nobody will be using the field. Go see how many hoops you have to jump through to use the fields for a tournament in Eureka. Not fun.

Oh, the picture is me throwing for the Eels hardball club against the HSU Club team at Arcata Ball Park.
Posted by samoasoftball at 7/23/2009 1 comment:

It was a good service. Many shared their thoughts on Roy's service in Nam and how that war is still taking lives years later. Roy was only 60 but had many war related illnesses as many of his army buddies also have suffered. 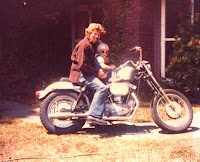 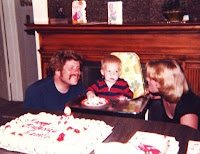 My Brother Mike and Sister Michelle gave tribute to Roy that was heart driven. Michelle spoke about a time that she had a new dress and Roy bought her a new pair of shoes to match when she was young. Roy would do stuff like that, but you couldn't thank him or you would get the "it was nothing" routine.

To his friends he was benevolent and caring. Here are some of my favorite pics.
Posted by samoasoftball at 7/21/2009 1 comment:

Roy's Memorial service will be Monday, July 20th, at 2pm at Pierce Mortuary on the corner of 7th and Hst. There will be a color guard to honor his military service.
Posted by samoasoftball at 7/17/2009 4 comments: 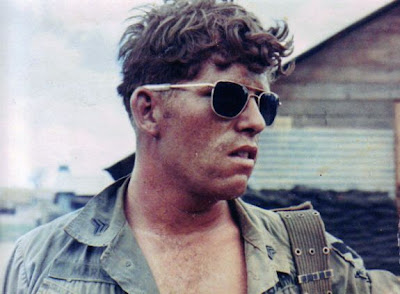 My brother Roy Edwards Marks passed away today at 60 years of age. My sister called me to let me know his roommate had called and said the police were at Roy’s house. I went over and Officer William Dennison was guarding the area. Bill was my next door neighbor a few years ago and told me I shouldn't see my brother in this state. Roy had went to the bathroom in the middle of the night and died on the toilet and fell forward onto the floor. Roy had been doing Kidney Dialysis for awhile and had grown tired of the procedures and refused treatment in sound mind last week. The doctor said he would make it between 48 and 72 hours. Roy made it until today. (Roy was poisoned by Agent Orange in Viet Nam and on Army disability.)

Deputy Coroner Charles Van Buskirk was awesome and way beyond the call in dealing with a horrible uncomfortable situation.

My sister Mary was way agitated on Monday about Roy’s condition and told me she had more than normal concern. Roy had in the past been refusing treatment and so I didn’t see this as any more than past calls for need. (Cry wolf?) So I am suffering from much guilt. (Just being honest here.)

So let me tell you a little bit about my Sergeant brother “Big” who was short on stature and huge in heart. To say Roy was an anomaly does not do him justice.

Roy received his Holy Communion on May 5th of 1957 and was an Alter Boy at the Chapel of our Lady at the Presidio of San Francisco. (We were raised Catholic.)

Roy was in the Army and a 1st Air Calvary Division soldier. Roy survived 3 terms of service in Nam and received a Bronze Medal, Air Medal and Army Commendation Medal for 25 missions over hostile territory. He was a war hero.

Education and employment wise Roy had graduated Eureka High, CR and attended HSU. He was a Bank Executive for Crocker Bank in Eureka, Concord and also Arcata, where he approved many business loans for many Arcata merchants. He also worked for Power Systems Engineering in Houston Texas.

Roy raced motorcycles at Redwood Acres and was a back yard mechanic. He rebuilt cars and had custom made Harley's since the 70's.

Roy was preceded in death by his parents, Major James Marks, mother Mabel Marks and brother James. He is survived by his son Jamie, brothers Michael and Richard, sisters Juanita, Kathleen, Mary and Michelle.

I love you Roy.

I took team Samoa Athletic Club to Ukiah this weekend to play in the Bud Light Softball Invitational in Ukiah. This is a well organized event with 18 very competitive softball teams. I have never played at the parks there and was pleasantly surprised. 3 fields with nearly 300ft dimensions with a BBQ snack bar and cold Budweiser on tap. The stands are close to the action and there is lots of shade. Seen many players I recognized from other tournaments, so it was fun to socialize and pass out information about upcoming tournaments in Humboldt County. Lot's of people at the park. This is a tournament I will definitely make room on the calender for next year.

Ukiah has 9 wood bat teams in their league. I saw one dude use a wood bat and hit the ball around 290ft! And I heard he had hit 4 Home Runs in league. I hope he makes the USSSA State Championships next month in Arcata.

I had my cast removed two weeks ago at my surgeons office and asked when I could start attempting to swing a bat. I was told by my fellow baller that I could try at any time but I would make my wrist "angry." I couldn't hurt it but it would hurt me. Man, was he right. I went to the physical therapist on Friday and he absolutely tortured my wrist! It just doesn't have much range of motion yet. 11 or more of these appointment's to go. Ouch!
Posted by samoasoftball at 7/12/2009 4 comments:

Rio Dell Police Chief Graham Hill has taken over the duties of the City Manager as of today. Much as I know right now.
Posted by samoasoftball at 7/08/2009 19 comments:

Mob Crowd gathers in Samoa! Swat and police gather to quell crowd. Where is the news?

Robin and I came home Sunday night and seen the fence by our house was knocked down. We were wondering what had happened. My next door neighbor reported that a Samoa resident had been on some "binge" and jumped in his van and proceeded to ram his van into other vehicles and property all over Samoa. Residents in Samoa followed his path of destruction and the van as he plowed into houses, cars, fences and finally a fire hydrant. The water from the hydrant literally washed the foundation from one house and left others damaged. The mob followed him to his house that he shared with 3 other males and called for his head out of the house or they were coming in to take him. The other 3 brought him out and SWAT and the Sheriffs department took him away. He was an undocumented resident and his case is pending. This has brought forth the subject of multiple Latino residents packing many people into homes in Samoa. Many may be workers at Sun Valley Farms.
Posted by samoasoftball at 7/06/2009 20 comments:

Weaverville: Most Valuable Player Mike Taylor went 4-5 with a Home Run to lead the Kingsmen of Redding to a 21-8 victory over Team SOP from Eureka in the Championship game of the 4th of July Weaverville Invitational hosted by the Samoa Athletic Club. Sam Jaskar and Toye Johnson both had 3 hits for Team SOP. Team SOP beat Ray Wolfe Construction 12-7 in the semi final game.

Team Son's Of Pitches and Humboldt's Finest played Friday night in front of a few thousand fans at Lowden Field. The Lions Club did really well at the beer booth. The weather was way hot! 104 on Saturday and that took a toll on me. Robin and I always wait for the players to get hotels before we do so they have a place to stay. We have even resorted to staying in the scorers booth while hosting this event. We ended up getting one of the last rooms at the Weaverille Victorian Inn. They charged us over $160 a night! And we heard the Trinity Motel charged up to $160 also! Talk about price gouging! This community would lose untold thousands if we did not host this event, and I am re-considering doing this next year. After all expenses, we may come out to the negative this year.

I have tried to get Weavervile residents to run their own event and had little response. I paid one umpire nearly $400 to umpire this tournament, so he made more than I for organizing it. Not right.
Posted by samoasoftball at 7/06/2009 2 comments:

No cap on Marina Center. Dirt to be removed.

The other day I was listening to KIN's Talk Shop with Rob Arkley being interviewed by Brian Papstein and the subject of the Marina Center came up. Rob said that the contaminated soil would be removed from the site instead of being "capped." The eradication of the soil will provide 50 union jobs as soon as August and will mitigate some of the issues of the project. I am surprised there has not been any big story on this locally.
Posted by samoasoftball at 7/02/2009 29 comments: