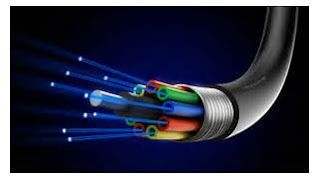 Lots of rumors flying about Humboldt Bay Harbor Recreation and Conservation District's agreement with Inyo Networks to bring broadband cable over 299 and out the outfall pipe at the old pulp mill site. Lost Coast Outpost did a couple of stories and then people started chiming in with poor information. No, this is not the project that came across RREDC a few years ago with the project using highway 36. This will not limit rural communities along 299 but will include Weaverville, Willow Creek, Hoopa and other small communities north of 299/101. There will be the opportunity for Humboldt businesses and the public to actualize better internet service. This is a good thing not bad.
Posted by samoasoftball at 1/27/2017 3 comments:

What happened to Eureka Recreational Softball?

I have had a few arguments with Eureka City staff in the past about the drop off of Adult Recreational Softball in Eureka. This last year there were 17 Men's Adult Softball Teams and 0 Women's teams. In 1981 there were 55 men's teams and  and 37 Women's teams. There was also an active men's fast pitch league with about 10 team. That means there was over 100 adult teams playing softball in 1981!

What happened? In 1981 there were 39 teams playing in Arcata, and we had around 50 this last year, 2016. So the interest still is there. There has been huge league expansions over the years in Crescent City, Medford, Redding, Fortuna and Ukiah. Why such a drop off in Eureka?

Number one reason is the field conditions. If you ever had the chance to check out the Eureka Fields and compare them to the Arcata fields, you know what I am talking about. In 1981 Eureka used 7 fields for league. Highland, Carson Park (Two fields), Cooper Gulch (Two Fields), Kennedy and Hartman fields.

What I am surprised about is the lack of outcry from Eureka businesses. When you have the well over 1,000 people playing ball you fill the pizza parlors, brewery's and bars. Tom's Sourdough, Angelo's, Shakey's....all would be crazy full.

I personally would like to see Eureka advertise, solicit and expand recreation adult sports. If not, it is Eureka's loss.

Don't be mad, get active! Vote for delegates going to Dem Convention. 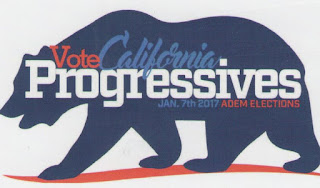 If you are a registered Democrat and have some time available from 10am to 12:30pm this Saturday, please come to the Labor Temple on E st. and vote for one of those Progressive Democrats in the link above. 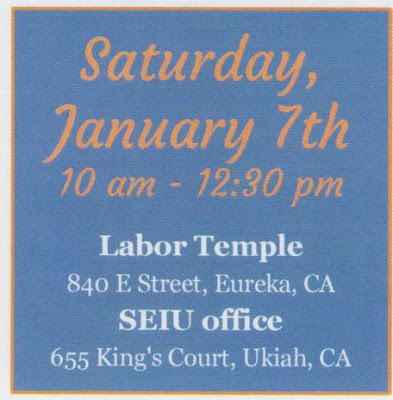