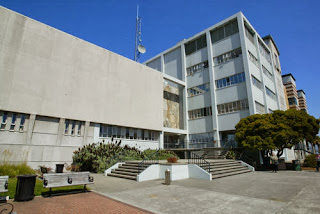 Today's Times Standard article was not that big of shock. I had multiple requests over the weekend to post information about the incident and I did not because of the sensitivity of the issue. I am a board member of Humboldt Domestic Violence Services and do not like violence in any form. Mark Lovelace has been a vocal and public figure supporting HDVS services and victims so this is uncomfortable to address. But here are just a few reminders before you say something negative or act physically to a victim:

1, THINK- Is what you are going to say in anger True, is it Helpful, is it Inspiring, is it Necessary and is it Kind? If not, keep it to yourself.

2. Respect Personal Space. Never touch another person if they are not willing and receptive of physical contact. EVER.

3. Whenever angry with a person remember to always keep a 3 foot bubble space from a person so as not to accidently enter anothers space.

There are many other things I am sure all have heard. I know and like both the victim and the perpetrator in this incident and hope resolution will be forthcoming soon.
Posted by samoasoftball at 11/26/2013 29 comments: 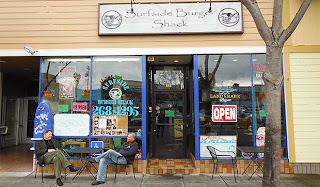 The Surfside Burger Shack at 445 5th Street in Eureka 268-1295 was the next victim of the Steve and Richard hot dog review. They have expanded their business! Lots of room and surf y type setting in downtown Eureka. (Even a game room for the younger peeps.)

2. Condiments-Very limited but they pile things on your meal. Rating: 2 out of 5

4. Extras- Lets face the facts: This is primarily a Hamburger joint that serves dogs. And they have great fries and onion rings to compliment. Rating: 4 out of 5

5. Parking-Downtown Eureka on 5th. Not too frustrating Rating: 3 out of 5 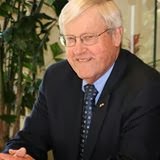 Marin County appointed  J Dietrich Stroeh as a new Director to the NCRA. Former Mayor and City Council Person for the City of Novato. Also on Golden Gate Transportation Authority.

The Redwood Empire Fairgrounds in Ukiah came forward to complain about flooding issues for school rooms they have on the fair grounds that were flooding. They felt there had been a lack of brush clearing in a 650' area of the train track area on their east side.

The clean up on the Ukiah Depot site being done by NWPco looks to have hundreds of thousands of dollars in over runs. The original estimate was $250,000 and now it might take $500,000 to complete. Once the land is deemed clean and cleared for sale the hopes is for a new city hall on the property.

NWPco operator John Williams reported that they had a new contract with Lagunitas in Petaluma for Malt Barley out of Alberta Canada. Around 4 car loads a week.  Other business is predicated on turnouts being repaired by SMART and also the completion of the SMART overall project. NWPco then could provide consistent, regular predictable service. They would also like to extend service north. Mr. Williams says that after 2 and half years of running trains, "We are still considered a start up company."

An ad hoc committee was created to communicate with SMART. Director Jerry Peters and J Dietrich Stroeh were assigned as they were both from Marin County.

My buddy Steve Harris and I took it to old town to visit The Wolf Dawg at 525 2nd Street in the old Vance Hotel Lobby. Proprietor, please turn off the cell phone when you have waiting customers! And just because you are speaking into the cell phone, you do not have to yell loud enough to wake up the ghosts of the Vance family! Not a good start.

1. Hot Dog-Kind of bland itself. I had a chili dog that came with olives and Fritos. My buddy Steve ordered a Smokey Link which he said was not too hot and he seemed satisfied. Buns were so so. Second straight place lacking in quantity. (People, if you are targeting a Hot Dog eating clientele, stuff em!) Rating: 2.5 out of 5

2. Condiments-Very well stocked variety and convenient. Rating: 4 out of 5

3. Ambiance-Kind of fancy and airy with great old town atmosphere. Play some music people!  Rating: 3 out of 5

4. Extras- Lots of choices with salads and wraps available. Plenty of beer selections and Lime or Straw-Ber-Ritas. Steve had the Mac and Cheese and he loved it! Real silverware! And cloth towels if you preferred over napkins. Rating: 4 out of 5

Overall rating 3 out of 5

After we were sat and eating, proprietor came over and asked if everything was well and made up for the rotten introduction. Really kind of over the top nice for a hot dog joint in a good way. 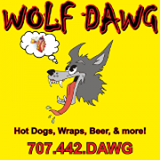 Steve Harris and I decided to search for the best Hot Dog in Humboldt County. We always joke with each other about Costco being the standard, so we were just going to have to see. The first place we went to review was Northtown Dogs and Delights. They are located on Highway 101 just entering Eureka to the left at 2228 4th St. in North Eureka.

1. Hot Dog-They are from Taylor's out of Cave Junction Oregon. Well I just happen to know Taylor's and happen to be a good friend of Taylor's and Northtown, you do not know how to serve a Taylor Hot Dog. I had mine with chili, which was sparse with cheese.  My buddy Steve ordered a Polish Dog with Coney Island mustard. Well a little splash of Coney Island, as they ran out and filled the rest of his dog with regular mustard. Rating: 1 out of  5

3. Ambiance-Card table chairs in a sparsely furnished eating area. No music or TV. Nothing. Rating: 1 out of  5

4. Extras-The cokes were by the cans and limited. No fries or salads, just blah selection of chips. I am not sure what the "Delights" is. Rating: 1 out of 5

Overall rating 1 out of 5

Steve said this would make a great coffee drive thru location. I told him the location had tried that before unsuccessfully. Selection very small. This establishment might not last too long.

When I filled my candidate designation this year I put "Incumbent." It has always been the tried and tested standard procedure of someone running for office. I had a local politico tell me to change it to "Harbor Commissioner" because of the backlash the last few campaigns of voters. Nobody challenged me so I got a free pass this election. Then lo and behold, 3 incumbents went down in flames this last Monday.

One shocking thing that happened during the HCDCC endorsement process is that one of the candidates admitted to voting for Ronald Reagan in the past! The Demos becoming more tolerant in their aged ways? 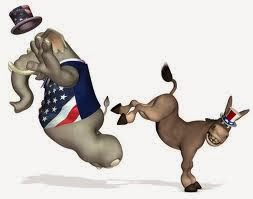 James Marks (My Dad) on way to setting new US trial record. And not a good one.


Last Aug. 30, 225 prospective jurors were brought to Department 101 of Los Angeles Superior Court, the pool from which 12 jurors and four alternates were to have been selected to hear the Angelo Marino Mafia murder trial.


But yesterday, after almost eight weeks of jury selection, court clerk Jeanette Marks drew the name of Soccoro Salsido — the last one remaining from that pool — and still no jury has been named to hear the case.


A new pool of 75 prospective jurors was to be brought into Judge Kathleen Parker's courtroom today, and the monotonous and costly process of jury selection was to resume. Attorneys on both sides said they are still weeks away from impaneling a jury.


Both prosecution and defense attorneys insisted in interviews yesterday that it is not taking an unusually long time to pick a jury, and that they are experiencing no special problems. But court observers said the length of time and the number of prospective jurors dismissed is highly unusual. They said it may eventually rival the current record in Los Angeles County, the second Charles Manson trial, which eliminated 514 prospective jurors over 41 days of jury selection in 1971.


"It's dragging on and on and on," said Ray Arce, director of jury services for the county.


"By the time they're through, it will have taken as long, if not longer, than the Manson jury."


Jury selection has already exceeded the time it took in such other major cases as the trial of Sirhan Sirhan (15 days) and Leslie Van Houten (20 days).


According to estimates by the county clerk's office, the pretrial motions in the case, which lasted from February through the end of August, resulted in court costs in excess of $70,000. Each of the 27 days of jury selection so far is estimated to cost more than $3,200.


The case originated in San Jose Superior Court and was transferred to Los Angeles because of pretrial publicity. So Santa Clara County taxpayers, rather than those in Los Angeles County, will have to foot the expensive bill.


Marino, 55; his son, Salvatore, 31, and San Jose real estate salesman Joseph Piazza, 43, are charged with murder, attempted murder, conspiracy and kidnapping in connection with the October 1977 murder of Peter Catelli and the attempted murder of his father, Orlando Catelli. A fourth defendant, Andrew DiDomenico, 32, is accused of conspiracy, kidnapping and being an accessory to mur­der.


The indictment charges that Peter Catelli was murdered because he had attempted to extort $100,000 from Angelo Marino, the owner of a cheese factory, who is believed to be a leader of the San Jose Mafia family.


The jury selection process is dragging o partly because of the many charges an defendants. And since both prosecutors and defense attorneys are from northern California, the case is being conducted only four days a week to allow the attorneys to return home and conduct other business on Friday:


But one of the major issues of contention in the selection process appears to be the racial makeup of the jury. Yesterday attorney Barry Tarlow, who represents Angelo Marino, asked the judge twice to declare a mistrial because, he claimed, the prosecutor were systematically removing blacks, Hispanics and "young people" from the jury.


By the close of court yesterday, the  prosecution had dismissed 14 blacks and three Hispanics. Tarlow told the judge that prosecutor David Davies "is deliberately using his challenges for keeping black individuals from this jury."


Attorneys generally consider jurors who are members of minority groups and young jurors to be more sympathetic to defendants accused of violent crimes.


Tarlow's motions for a mistrial were dismissed, and Davies later, in an interview accused defense attorneys of systematically removing whites. He said that 18 of the 24 jurors dismissed by the defense are whites.
Posted by samoasoftball at 11/05/2013 2 comments: