The Operating Engineers Local 3 Executive Board endorsed my Humboldt Bay Harbor Recreation & Conservation District Commission Re-election. Besides a more than kind monetary donation, they also offered phone banks with phone bankers! With literature and public backdrop for the press. I was overwhelmed with their decision. I hope to garner the United Brotherhood of Carpenters Northern California Regional Council next! (I collect retirement from the UBC from past service.)

Plan "B" would be for me not to have an opponent but I am not counting on that.

NCRA meeting quote by Alex Stillman: “Where we come from we don’t hold our fish hostage!”

So last Wednesday was my first meeting since I was appointed by the Humboldt County Board of Supervisors as a Director of the North Coast Railroad Authority. There are 8 other Directors from Marin to Humboldt County. The other Directors seemed to be familiar with playing in this sandbox forum and I didn’t know where the shovels were hidden. So endure with my report.
The first report of the day was by Merritt Perry Senior Project Manager with GDH Consulting. He has been working on the study of the Rail/Trail between Arcata and Eureka. He said the project could run about 18 million. I asked if there had been any discussion on potential plans with Cal Trans to include Samoa to Arcata and was told there were no plans currently or in the future for that portion.
The next item on the agenda was the “Skunk” train tunnel collapse issue. It looks like it will cost $300,000 to reopen. According to past studies the “Skunk” has over 20 million dollars impact in Mendocino County.  Director Hemphill spoke of riding the “Skunk” since 1952 and pointed out that it was the only way for his Boy Scout troop to get to their camporee location. We approved a Resolution to go out to Mendocino governmental entities to help finance repairs.
We had much discussion over the possible sale of land adjacent to the Ukiah Railroad Depot. North Western Pacific Co. (NWPco.) is going to pay to clean up the property to the tune of $250,000. A representative for Cal Trans claimed that for NWPco. to help clean up property and then get paid back loan debts was actually a conflict of interest. The possible remediation and loan paybacks are moving forward.
Next we discussed the Development and Issuance of a Request for Proposals for Restoration Work in the Eel River Canyon. Cal Trout wants to do some creek restoration at Woodsman Creek near Laytonville. The project would include removing 200 feet of rail and future bridge installation once the rail is restored in the area. (On one side of this project has a collapsed rail tunnel and a landslide that has taken out the rail bed completely) Miles of trout habitat fixed until that time. Director Alex Stillman said, “Where we come from we don’t hold fish hostage!” California Trout was on the agenda just for discussion. There seemed to be procedural questions as to whether this was supposed to be on the agenda as an action item. No action was taken on this item and the petitioner Darren Mierau and NCRA Executive Director Mitch Stogner would work on language to bring back to the Directors in the future.
Property Specialist Doug McCorkle updated on filing for a 3 million dollar Tiger Grant Application with the US Transportation office for rail service restoration from Windsor to Redwood Valley. He said the odds were about 5% to for the grant to be approved.
Operator John Williams expressed his desire to have rail service in the near future to Cloverdale. Main products to railed from there would be Lumber and Aggregate. He is working on private funding besides the Tiger Grant. He feels the Ukiah Depot “Dirty Dirt” is actually owned by Union Pacific’s (UP). But it looks like the “Dirty Dirt” has been handed down to the NCRA, and he said he will clean the “Dirty Dirt”.  Mr. Williams said current NWPco. business volumes were low and his company was at a “Negative Cash Flow” and blamed that in part by lack of consistent delivery due to “Turnout” issues created by Sonoma Marin Area Rail Transit (SMART) line. He felt that the completion of the SMART would lead to more business next year.
I have heard that people have been testifying at public meetings that Alex Stillman and I are rail obstructionists and anti-rail. Could you at least call and ask?
Posted by samoasoftball at 6/18/2013 2 comments:

Samoasoftball......King of Softball. Another season starts.

I just spent three hours in the batting cage and hit the @#%$ out of the ball. Line drives, big flies, opposite field shots. I can do it all. Some kids next to me in the cages were staring and pointing at me. I can’t blame them. They’ve probably never seen a late 50’s man wearing Oakley Blades and batting gloves who can hit bombs like me. Especially not with shorts this tight.


This season, I’m making sure we sweep all 4 leagues. Especially the Men’s League at Arcata. We were two outs away from winning that baby last year and now I can taste it. I’ve gotta get my hands on that 10-foot plastic trophy and tee shirt. It’s all I think about.
Rumor has it the league winners get 2 free pitchers at Big Pete’s Pizza after the season. No way we lose with the trophy, shirts and 78 ounces of Bud on the line.

I just bought all new equipment for this season and you should see the extra long stripped baggy baseball pants I got. Super tight. I picked up a new set of wristbands, a tube of eye black and a pair of 3-inch mud cleats, you know, just in case I need to break up a double play. I also got to get my hands on one of those $350 Miken Ultra II bat for a little extra power. It may cost me a week’s retirement pension, but screw it, when I start cranking 400-foot shots it will be worth it.

I can’t wait for that first at bat. I’m bringing a tape deck to the game, so that I can blast The Scorpions when I walk to the plate. Nothing gets me fired up to play ball more than The Scorpions. Except maybe Metallica, but I’ll save that for the playoffs.

This year I’m focused. I practiced like a son of a bitch in the winter at Samoa Field with Les Charter and I got the call to play catcher. That’s right, the main show baby. Only the best play behind the plate. I have to be sharp, so no more beer during the games. I’m going to wait until after the game to starting pounding cold ones and I’m still going to drink you under the table.

My initials might as well be M-V-P. That stands for Most Valuable Player for all you non-softball players. The League starts next week. I may take the week before off to prepare.

You kidding me? You’re just jealous! See you at the ball park! 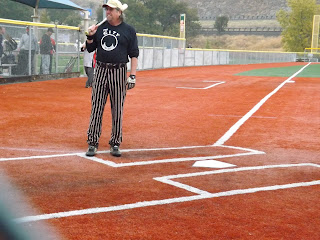 Man Assaulted with Chain in Old Town. Humboldt Politics. Welcome back to the Jungle Stevie!

My buddy Steve Harris has just moved back last week to Humboldt County after a 5 year stint of working the San Jose area for the Operating Engineers local 3 Dist. 90. He is now the District Representatve for District 40 and lives in Rio Dell. I let him know Tuesday that I was going before the Humboldt County Board of Supervisors to ask for consideration for a board appointment to the North Coast Railroad Authority and it might be contentious. So Steve being the friend he is, showed up and spoke on my behalf. I was honored to be selected. Someone locally was upset about my appointment and called Steve's boss to complain! Not here a few days and I am getting him in trouble. So today we are going to lunch and I turned on A street in Eureka to go to Old Town. Two guys were running in front of my truck and one of the guys was wielding a chain and beating the crap out of some guy who finally just rolled on the ground yelling. Steve (About 6'3" and big build) jumped out of the truck and got between the guys. (The guy with the chain was every bit as big as Steve.) He yelled that he was ripped off by the guy he was beating and jumped on his bike and took off. The victim kept yelling at the guy but made no sense. Welcome back to the Jungle Stevie. Or as Merle would say, "What a hell hole!" 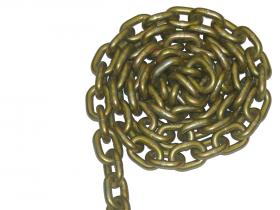 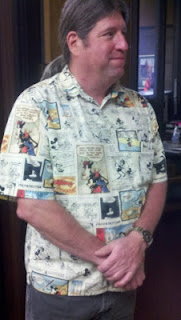 Hank Sims reports on my appointment as NCRA board member. Controversial? Didn't mean to be. Rumor flying around is that I threatened 4th District Supervisor Virginia Bass that I would run against her if she didn't support me. Pure BS. I would never run against Virginia and have a great working relationship professionally and socially with my fellow past Myrtletown neighbor.
Posted by samoasoftball at 6/04/2013 5 comments: