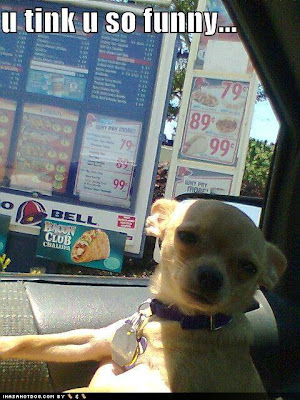 The opening of Church's Chicken has caused quite the stir lately, but here is the way to busy drive-ups in Eureka:

5. Wendy's on Broadway. This place has cleaned up its act over the years.
4. Jack in the Box on Broadway. Cheap Taco's!
3. Burger King on 5th Street. Been down this lane many times.
2. McDonald's on 4th Street. They will screw up your order!
1. Taco Bell on Broadway. Crazy busy all of the time. I just don't get it.

Honorable mention to Subway on 4th and McDonald's on Broadway.
Posted by samoasoftball at 8/21/2011 11 comments: 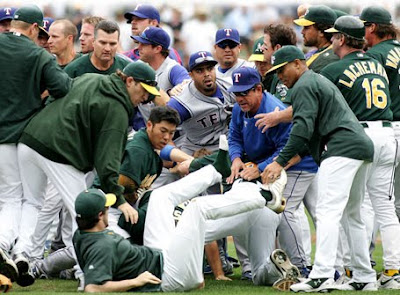 My Samoa Athletic Club softball team played their final 2011 game against Babe's Pizza at Cooper Gulch last night. The players were in a good mood and we were still fielding a complete team after many injuries that will happen to players over 50 years old. During the game our Left Fielder Mike Burghart had a line drive hit his way and went down on his knees to scoop it off the ground. One of the players for Babe's was at 3rd base and thought the ball was trapped and ran home. Mike threw the ball to our 3rd baseman Randy Landowski and Randy stepped on the bag for a double play. The Babe's players threw a fit at umpire Henry Felix and for whatever reason started yelling obscenities to our team for the call. One of their players who is around 60 yelled "You Queers" out loud and tried to start a fist fight with one of our players! Talk about not good sportsmanship. I did not expect a homophobic slur during a game between Senior adults. May his AARP card be revoked!

Oh, we have been guilty of whinning but not at this level. And yes, I have been guilty of telling the Babe's players that their team name should be "Babie's". We are just trying to have fun and get some exercise and social interaction in a semi competitive setting.

I would like to thank the "Mossbacks" of Eureka and "Lets Play Ball" of Blue Lake for their participation and hope to see you with wood bats next year. Overall we had fun.

May the DL list avoid us all next year!

Where or where is a decent Prime Rib in Eureka! 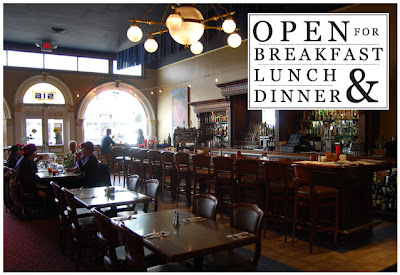 I have brought this up before, but all I get is suggestions for steak places that do not serve prime rib dinners. Here are my suggestions, but there might be more out there.

5. Pantry-Are they still serving?
4. Sizzler-Is, well, a Sizzler.
3. Adels-Inconsistent is their only downfall.
2. Sea Grill-Wonderful Salad bar to boot!
1. Oberon in Old Town-I had a great dinner experience and was wowed that I had not tried this place before. Awesome Prime Rib.

I know there are other places in the county like Bear River, Curly's and Blue Lake, but you shouldn't have to travel so far.
Posted by samoasoftball at 8/10/2011 12 comments:

Samoa redistricted to the 3rd?

By reading the recommended guidelines for Humboldt County redistricting, I would say that Samoa should be a prime target to be moved to the 3rd Supervisorial District. "District lines cannot be drawn to split up communities of interest, which state law defines as a contiguous population which shares common social and economic interests that should be included within a single district for purposes of its effective and fair representation." That would seem to define the Peninsula well. Manila, Samoa, Finntown and Fairhaven all seem to share interest, and if the Manila Community Service District expands the juristiction to all of the peninsula we would definetly be contigous. "Districts must be in one contigous space."I believe the only reason the South Peninsula area was included in the 4th District was because of land owned by the City of Eureka and the Industrial properties. Not too much industry going on now. Other guidelines include preservation of cities which I have already covered and current Supervisors can not be drawn out of their districts. The only elected political position that would be affected would be the 4th Division Humboldt Bay Harbor Commissioner. Oh, that would be me!
Posted by samoasoftball at 8/03/2011 3 comments: