With the closing of the San Geronimo golf course in Marin County, the uber rich county now only has 3 public golf courses left for over 1/4 of a million people. Not enough patrons is the reason given for closure. In Humboldt county we have 6 public courses (Beau Pre, Willow Creek, Eureka, Redwood, Benbow and Shelter Cove) and 1 private (Baywood) to accommodate 135,000 residents .

Seems to me that we are well served in Humboldt when it comes to making duffers happy. Is it because Humboldt people have more time and disposable income? I doubt it, but don't have the answer. Personally, I am a hack, but just don't seem to have the time or patience to play enough to improve my game.
Posted by samoasoftball at 12/30/2017 6 comments: 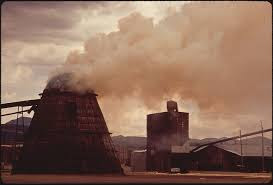 Redwood Regional Economic Development Committee Executive Director Gregg Foster writes an intriguing  article for the Time Standard, "Then and now in Humboldt County." Some of the more interesting tid bits that caught my interest in comparing 1947 with now.

1. Because of the marketing boom for new houses after World War II, the need for lumber caused a boom in Sawmills, with numbers in Humboldt going from 49 to about 170! The worlds largest Redwood Mill was in Scotia.

2. Around 6,000 of the then 52,000 people living in the county worked in a mill. About 12% of the population. Agriculture nearly matched the mills in employment.

Anyway, read the entire story which is linked to Gregg's name above. You will enjoy.
Posted by samoasoftball at 12/05/2017 1 comment: