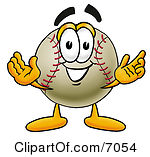 It is that time of year! Mad River Softball Association is hosting a Spring Softball League that starts in April. Teams play a 14 game season, playing doubleheaders on Sunday afternoons. Earliest games are at 12:30pm. If you are interested, please contact me.
Posted by samoasoftball at 2/29/2012 4 comments:

With these Presidential candidates, there is little "Hope" for unions.

And yes, that includes Obama. Remember when he promised to push for the Employee Free Choice Act? Didn't happen. But he is a much better choice than Romney who is public with his wars on unions and love of "right to work" legislation. And Santorum is just wacky, besides his not liking public sector unions.

Currently, less than 12% of the American workforce is represented by a union. Unions represent less than 7% of the private sector workers. And only about 3% of those are in sales. That is around half that was represented by unions in the 80's. Union workers make nearly $5 an hour more than non-union workers! That is over $10,000 a year folks! United we bargain divided we beg has never been so clear as now.

In the 90's there nearly 1,000 manufacturing jobs on the Samoa Peninsula and most were union! Now there are very few union jobs and hardly any manufacturing jobs. People usually lay blame for the demise of American Manufacturing to union greed, but I see it as Corporate greed as they reported 2 Trillion dollars in profit in the 3rd quarter! And those aren't American jobs in many cases. Of every dollar of income earned in the US in the 3rd Quarter, just 44 cents went to workers wages and salaries. The smallest amount since 1947!

Just sad what is happening to our working class. When will it turn back around?
Posted by samoasoftball at 2/27/2012 1 comment: 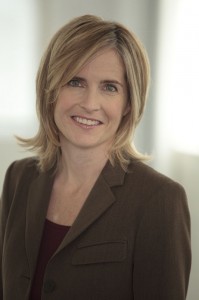 Didn't see that coming. I see this as a major blow to Susan Adams campaign, and a huge gain at Norman Solomon's hopes. And Stacy is going to be the money leader and that means alot in a race that stretches from the bay to the border. Whoever spends their money strategic wise the best will have a huge advantage, and whoever has the most money to just bury the candidates is also big. And remember, the front runners are all Democrats!
Posted by samoasoftball at 2/23/2012 5 comments:

Cal Trans hosted a community meeting about traffic issues on Highway 255 from Arcata to Eureka tonight. There was a powerpoint presentation, and lots of nicely made up posters of potential projects and phases. They wanted to have a controlled forum where people had to speak one on one to either Cal Trans staff or Police enforcement. Divide and conquer instead of answering the community as a group and to the Peninsula residents credit, they insisted to be heard as a community in a question answer forum.  There had to be at least 10 Cal Trans employees and 3 Police officers at the meeting. (Who is paying for all of this?) I said they could save alot of money just lowering the speed on all of 255 to 45 MPH and painting double yellow lines the entire way. A person in the crowd asked for a show of hands for all that agreed and many hands were raised. One of the Cal Trans dudes answered, "There are legal issues to lowering the speed since the median speed on 255 is 59 MPH." Huh? That is why we were having the meeting in the first place! People are going to fast! "We have to do traffic calming measures to lower the medium speed, so we can lower the speed limit." That is just crazy talk!

On great potential project they had on one of the posters is potential extensions on the Samoa Bridge to allow foot and bike traffic on platforms hooked to the outside of the bridge. Three different concepts that looked very doable.
Posted by samoasoftball at 2/15/2012 9 comments:

So you want to be a landlord? Damn grows will kill you! 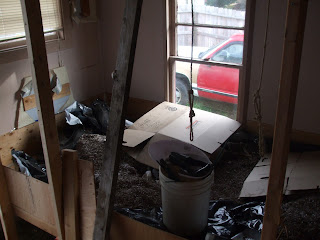 Have to do some clean up on rental today. Tenant decided to grow weed and sell meth until POP caught up. A local lawyer said that I was ironically subsidizing the grow since they were not paid up in rent either. Funny, but not for me. My house is now going to take much cleaning. 2 of the 3 bedrooms are pretty much destroyed. There is garbage all over the yard and in the basement. At least they didn't screw with the fruit trees!
Posted by samoasoftball at 2/04/2012 14 comments: