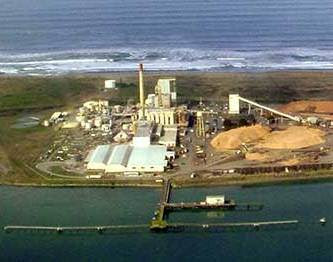 The latest Republican  debate was kind of an eye opener. Bush, no chance. Donald, complete joke. Cruz, marginal. Carson, overwhelmed. I always like to monitor these forums to see who will be the biggest threat to a Democratic candidate. Marco Rubio seems to be the one big threat to the Democratic party. Whether the nomination for Dem is Hillary or Bernie, don't discount the Marco as a worthy opponent. Just fair warning.
Posted by samoasoftball at 11/11/2015 4 comments:

Love us or Hate us, this Commission has done alot! Congrats to Dale and Higgins. 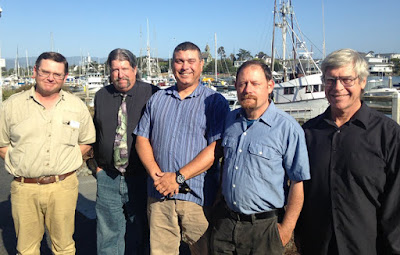 Love us or hate us, we get sh** done! I would like to address some misinformation and provide updates on what has been done the last four years.

From an economic development and job creation perspective the district has been on a path of growth. This commission continues to be successful in working with our elected representatives at the state and congressional levels to lobby the Army Corps of Engineers for the continued dredging of Humboldt Bay even through lean ship traffic years. Working with local exporters there has been an increase in ship tonnage volume by over 100,000 tons this last year and we anticipate double that next year.

In order to have local control over the process of regularly dredging our docks, the commission purchased a dredge. The last time that Woodley Island and Eureka Marina were dredged by an outside company, it cost 3.2 million dollars. The cost savings by doing it locally will save both Eureka and Harbor District millions.
This commission acquired the former Evergreen Pulp Mill with its many assets our community was at risk of losing, including a commercial dock, needed warehousing, ocean outfall and other infrastructure that would have cost tens of millions to replace.  The district immediately went to work cleaning up the site that, according to the Environmental Protection Agency, was an “immediate danger” to the health of the bay. The Harbor District successfully worked with the EPA who paid for most of the work to safely remove nearly 3 million gallons of caustic chemicals which were repurposed by a pulp mill in Washington. In addition, we continue with our oyster pre-permitting project that has interest from 11 new oyster companies which will bring more jobs to Humboldt.

This commission has done much to help local fishermen. We created a new gear storage area at Redwood Dock Terminal 1 that cleared space on Woodley Island and reduced the price to store fishing gear. We recently opened offloading at Woodley Island for the convenience of our local commercial fishermen. Increasing maintenance workers has allowed for repair and upgrades to bathroom facilities. We are in the final stages of permitting a Fish Market at Woodley Island to accommodate small scale purchasing and sales of fresh fish right off the docks. Recently the District enacted a “Right to Fish” ordinance, the first of its kind in California that protects and elevates commercial fishing activities above all others.

We not only expanded our Fields Landing boat repair facility, we added electronic gates so fishermen have 24 hour access. The recent structure and environmental upgrades, including the repair of the onsite water treatment facility, attracted a steel boat fabricator that allows repairs to stay local. Fishermen are now allowed to stay on their boats while they are in the process of being repaired. We have also stocked the facility with repair items such as paint and scrappers.

The Harbor Commission continues to support the fish cleaning station at Shelter Cove and has made many environmental improvements in the last few years, including repairing the breakwater structure protecting the harbor.

This commission has provided opportunities for Recreation by creating affordable kayak storage units, and finalizing the permitting process of the water trails project. We accepted the maintenance and operation responsibility of the Samoa Trail Project. We continue to support the Sea Scouts and built a new clubhouse for them in Samoa, and support Boy Scout endeavors on Woodley Island Marina.

On the Conservation side, this commission continues the removal of invasive Spartina vegetation to help our marshes to be more productive. We continue water quality monitoring around the Humboldt Bay as well as Shelter Cove. We did a carrying capacity study for potential local oyster expansion. We have held Eel Grass mitigation workshops as well as dredge sediment reuse meetings. We have also managed a sea level rise study and were successful in managing an Aquaponics demonstration project on the Samoa Peninsula that grew fish and lettuce and is now part of a partnership with HSU fisheries. The District is also working with HSU on several renewable energy projects.

The District has never been more transparent and accessible. In fact we are one of the only local special districts that posts our meeting minutes online and records and posts our meetings on public access TV. Our staff is prompt and courteous with all requests for public documents.

Finally, the hiring of current Executive Director Jack Crider was a much needed addition to move the District on the right path – keeping services and adding others while at the same time controlling spending. It is hard to imagine how many complex projects we work on with a budget of just 2 million dollars a year and a staff of 14.


I am proud of the vision and accomplishments of my hardworking fellow commissioners and our dedicated staff and I look forward to continuing the momentum, moving Humboldt Bay ahead both economically and environmentally.
Posted by samoasoftball at 11/04/2015 2 comments: