A big loss. The Frenchman. Loved life, cooking, fast German cars, his family, and Humboldt Bay, the harbor and the port. So many good stories about life as a longshoreman, and in coming to Humboldt County in general.

Charles Ollivier died suddenly at home in McKinleyville with his wife and son at his side.

Born in Agen, France, he was the second of three children to Marie Jean Guibert Ollivier and Eloi Desiree Ollivier. Charles' family moved from France to the U.S.A. in 1951 when he was 14 years of age.

He graduated with a "Certificat d'Etudes Primaires Elementaires' from the Academie de Grenoble, Department Des Hautes-Alpes in 1950, and received a diploma from Arcata High School in 1954. He attended Humboldt State University.

Charles brought his love of everything French with him and was glad to share it with anyone anywhere.

Charles worked in local mills, Humboldt Plywood, Roddiscraft, Weyerhauser, and Simpson Lumber Company before proudly becoming a member of the International Longshoremen & Warehousemans Union Local 14. He worked as a longshoreman for 35 years before retiring in 2002. He spent 16 terms as Union President, and also served many times on the Labor Relations Committee as Chairman, Caucus Convention Delegate and on the California Small Ports Committee. He was proud of being a labor organizer and union supporter. With a love for meeting people and his interest in real estate, he completed and received his Certificate of Completion from Anthony Schools in 1971 and worked in several local offices as a Realtor while working as a longshoreman.

He was an elected 5th District Commissioner for 16 years on the Humboldt Bay Harbor, Recreation, and Conservation District, serving on numerous committees and with much pride on the Pilotage Committee. He was appointed to the North Coast Railroad Authority (NCRA) Board of Directors. Appointed by Congressman Hamburg, Charles served on President Clinton's Forest Conference in Portland, Oregon on April 17, 1993. Certificate of Special Recognition from the Humboldt County Board of Supervisors for five years of outstanding service on the Board of the North Coast Railroad Authority and for 16 years of exceptional public service as the 5th Division Commissioner on the Humboldt Bay Harbor, Recreation and Conservation District Board was awarded to Charles on August 18, 2009. His service on non-profit boards, Lions Club, and coaching sport teams are too numerous to list.

The enthusiasm and interests in his family and his community were primary in his life. He also thoroughly enjoyed cooking. He collected an impressive Jazz music library, and had an awesome singing voice, often being mistaken as Tony Bennett or another Hollywood celebrity. He enjoyed history, economics, geography and mathematics, and people. He loved dressing well.

Mass for Christian Burial will be at 11 a.m. Tuesday, February 23rd at St. Bernard's Church, 6th & H Street, Eureka. Family and friends may attend the burial/interment at 10 a.m. on Wednesday at the Greenwood Cemetery, 1757 J Street, Arcata. Please sign the guestbook at www.times-standard.com under obituaries.
Posted by samoasoftball at 2/20/2016 2 comments: 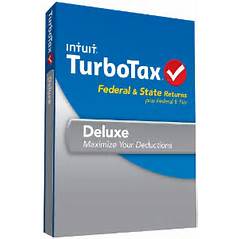 A friend of mine bought a Turbotax program but had one small problem. He did not have a computer. So he called me up and asked me to do his taxes. (I personally use John Fullerton to do mine.) My buddy is a widow made less than $30,000 last year. When it came to claim his insurance I was surprised to find out he did not have any. He had me claim in the form he could not afford it. That cost him a $352 penalty! Over 50 years of age and can't afford insurance and he has to pay over 1% of his yearly wages! That is just wrong and sick! We need single-payer health. Obama careless!
Posted by samoasoftball at 2/16/2016 3 comments: 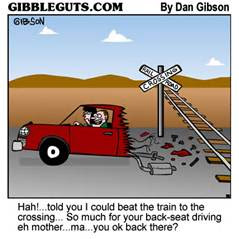 At one point in the meeting NCRA Counsel Christopher Neary proclaimed the NCRA could be cash broke within 30 to 90 days. He mentioned not being paid and was worried. The NCRA is currently in the middle of a land sale in Ukiah that would solve a few of our financial issues. Some anticipated payments from North Western Pacific Co. might bail us out for the short term. The NCRA also has more property that might be for sale in the near future.

Arcata City Engineer's Doby Class and Netra Khatri gave a presentation of Phase 2 of the Rail with Trail project, or now known as, "Humboldt Bay Trail North." Phase 1 from Sunset to Highway 255 is complete. All lit and being used! Our action item was for the NCRA to come to a licensing agreement with the City of Arcata to continue the trail from Highway 255 to the Barcut area. (About 3 miles total of trail and rail.) After much discussion and back and forth the NCRA Directors voted yes. 8-0 vote.

The NCRA has a contractor named Parallel Infrastructure that identifies property right a way crossings for the NCRA and bills property owners accordingly. We were voting after the fact of the contractor changing fees without the NCRA directors input. So were officially using the Resolution process to officially adopt the new fee schedule. There were land owners who were not happy with the raises and showed up with Attorney Richard Hicks representing their interests. After much discussion the Directors voted 6-2 to accept the changes, with the 2 Mendocino Directors voting against.
Posted by samoasoftball at 2/12/2016 No comments: 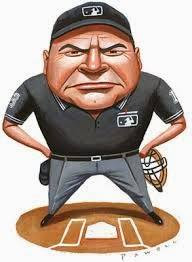 Norcal High School Umpires will have a organizational meeting February 8th at 6pm at the Prosperity Center at 520 E St in Eureka. $62 a varsity game for 1st year umps. Come on out if you are interested!
Posted by samoasoftball at 2/06/2016 2 comments: 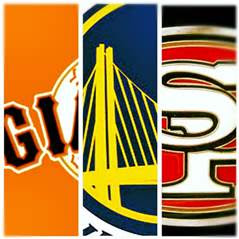 With baseball right around the corner, basketball near the All Star break and the Super bowl 50 this weekend, let me share:

The Warriors are just totally ridiculous. 44-4? Would not have predicted that. Stephen Curry MVP? More like Draymond Green. But if Klay Thompson keeps on the streak he has been on, look out! LeBron James needs to accept his role in the Firing of Blatt. His likability is fading fast.

Is football still going? I am hoping Payton gets another ring for his great goodbye. Cam Newton looks like he will win a few himself. Let him do it next year. I hope Chip Kelly lights a fire under Kaepernick and the Niners fix the offensive line.
Posted by samoasoftball at 2/01/2016 No comments: