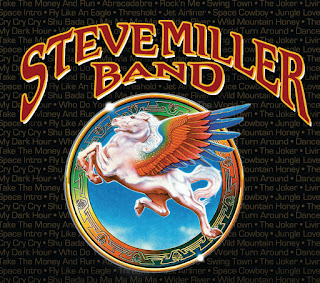 My least favorite rock bands starting from #5 and working to #1.

5. Eagles- Hotel California just does nothing for me. Period. I cant tell you why. is the only song of theirs I can listen to.

4. The Knack- When Robin and I were first married we had these neighbors in Myrtletowne that played "My Sharona" day and night. Drove me nuts. Right next to them was another of our neighbors that played music and was on tour with Rush in 1978. Pretty cool.

3. Hall and Oates- "I cant go for that" or anything else they do. They are a consistent yucky.

2. Boston- This is more than a feeling, Man, when Boston came out in the 70's I thought they were going to be the greatest of all time. After decades they grate on me more than any band. And you too I suppose.

I agree with TS that EPA needs to follow through!

“Who pays for the pulp mill cleanup?” we asked in a Friday front page headline on Samoa’s environmental woes, but you could already guess the answer: You.
Not Evergreen Pulp Inc., the company found responsible by the Environmental Protection Agency for nearly causing an environmental catastrophe on Humboldt Bay and the Samoa Peninsula.
Rotting tanks full of caustic pulp mill liquors might have spilled into Humboldt Bay under a heavy rainfall thanks to Evergreen Pulp. But, shock, shock, horror, Evergreen Pulp has left taxpayers holding the tab for the cleanup: $16 million and rising.
That’s millions the EPA might not ever collect from the company it blames for the debacle.
“EPA investigated Evergreen Pulp, and believes it to be a liable party, but the investigation also revealed a long line of unsatisfied creditors ahead of EPA,” agency’s spokeswoman Margot Perez-Sullivan wrote in an email to the Times-Standard.
Reacting to Friday’s story on his own blog, Humboldt Bay Harbor, Recreation and Conservation District Division 4 Commissioner Richard Marks — who worked at the mill for 30 years — paints a picture of an EPA unable or unwilling to chase down bad actors and convince them to make good on their debts.
The cumulative effect of this limp response by federal regulators? For starters, it undermines whatever trust we may put in government oversight. It encourages malfeasance from unscrupulous companies, who see that they’ll be allowed to essentially skip town without being held responsible for their actions. It figuratively poisons the business climate for the companies who remain, or who hope to do business here in the future. And, most importantly, it continues to threaten the literal poisoning of our environment.
Do better, EPA. Get what we’re owed.
Posted by samoasoftball at 7/08/2018 No comments:

Will Houston wrote an article in the Times Standard today, "Who pays for the Pulp Mill Cleanup?" The price is up to 16 million dollars! Basically they are allowing Evergreen Pulp Inc., the responsible party, to walk away from any form of repayment.

When I gave testimony to the Environmental Protection Agency, they had identified the officers of Evergreen and they knew of their subsidiary status with Lee and Mann of China. If you check the link out you will see that Lee and Mann is quite healthy finance wise. The investor rating is to "Buy." I requested and begged the EPA to go after Evergreen or Lee and Mann and was told at that time they were leery because they didn't want to make an "International Incidence" over a few million dollars. Well, 16 million is not chicken feed. I was hoping for the EPA to leave a paper trail so that I could hire lawyers to go after Evergreen and recover federal "Warn Act" money that workers were entitled to as well as medical monies and recovery of legal expenses for the Association of Western Pulp and Paper Workers local 49 workers at the former pulp mill. I called EPA spokeswoman Margot Perez-Sullivan to question the EPA decision to let Evergreen slide and she referred me to EPA attorney Andrew Helmlinger.

Mr. Helminger told me the EPA decision so far has been based on "No Judgement Proof" or the failure of AWPPW attorneys and the EPA's attorneys lack of financial success chasing Evergreen to Colorado and the Virgin Isles which were hidden in "Corporate Veils." Not wanting to throw good money for bad." Mr. Helmlinger and Margot Perez-Sullivan were very cordial and patient with my requests. I am considering options to rectify this situation.

(I took some time off from this blog for awhile. Should be more regular posts now.) 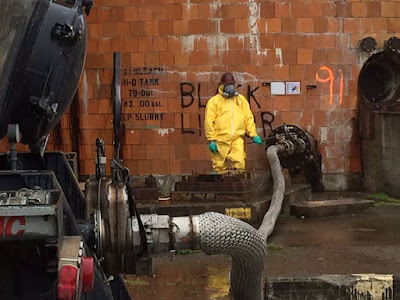