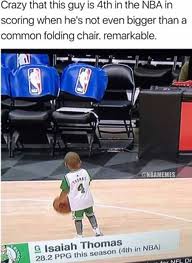 5. Wat Misaka: Maybe the greatest overall athlete on this list. Even in the Japanese Hall of Fame for bowling.

4. Mugsy Bogues: averaged a double double with over a 10 point average and 10 assists one year.  And he was the shortest player in NBA history at 5’3”.

2. Calvin Murphy: actually played defense too, besides being the Houston Rockets 2nd all-time scorer. Most of the 13 years he played there was no 3 pt shots! There could be a good argument for him as #1.

1. Isaiah Thomas: averages 28.9 points one season and was just a great player for the Kings and Celtics. At 5’9” he plays with a heart of a 6’5”player. Too bad for the hip injury or he would still be one of the top players.  My personal favorite. 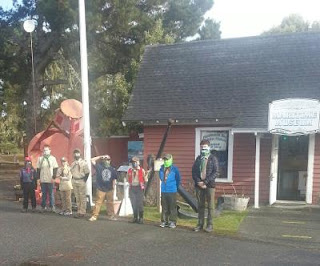 I had the honor to be invited and be present this morning for the raising of the flag at the Maritime Museum by Boy Scout Troop 95. I actually was a Boy Scout in the late 60's and Early 70's of Troop 79 in Myrtletown. Remember your Veteran's this Wednesday November 11th. And a thank you to my father Major James Marks and my brothers James, Roy and Micheal for serving our country. And thank you Don Hofacker for the invite!
Posted by samoasoftball at 11/08/2020 No comments: