How is this for a monster bracket! 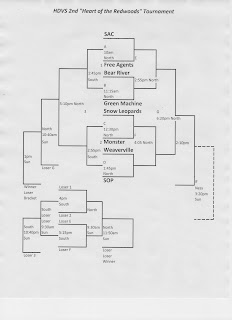 Guaranteed 4 game play in bracket for this weekends softball tournament in Arcata. Haven't done this ambitious of a bracket before.
Posted by samoasoftball at 8/22/2012 1 comment: 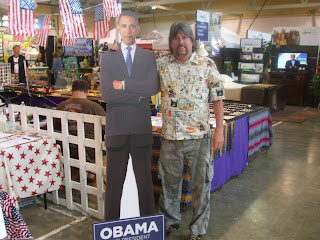 Me and my buddy Obama at the Humboldt County Democratic Central Committee booth at the county fair. I was tabling today and registered a few voters and saw many people I knew. We had over $60 in donations and some good (and bad) conversations. People came by and took pictures. Had one guy with a Joe Bonino button go by and say "you make me sick!" Well, I've been dissed by better! Overall a good day to live in Humboldt County.
Posted by samoasoftball at 8/21/2012 2 comments:

Saving the Pelican in Shelter Cove! 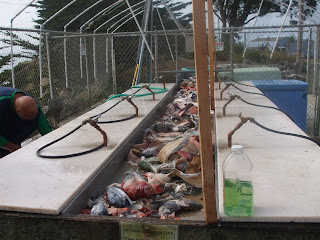 Went down today to Shelter Cove with Humboldt Bay Harbor, Recreation and Conservation District CEO Jack Crider and Conservation Director Dan Berman. Last we were there a little over a month ago; there was a problem with juvenile Pelicans eating from the fish cleaning station and getting fish oil on their feathers by hanging out under the drainage pipeline when the grinding waste of fish carcasses went out to the ocean.  Our solutions included mesh netting over the cleaning station and an extension to the pipeline into the ocean. Also, the grinding and discharge of waste only at high tide. Our Mitigating measures seemed to have solved the issue. In the last month there have been no Pelicans hanging around. I did notice some around the rocks in the area, so they are still alive in the area.
Old timers hanging around felt the cleaning station is a very productive and “clean” way of doing business and complimented our efforts. They said in the past fisherman would throw their fish waste over the cliff, or in trash cans. It was said that fish waste would be in the tide all over the cove.
But here are what some people are saying, such as Northcoast Environmental Center, Zoo Notes, North Coast Journal and Bird Ally X,
The next hurdle to overcome is the “Water Discharge” issue from the grinder. In the near future it look like the Harbor District will have to dismantle the discharge pipe and come up with further solutions for the fish waste. Any innovative ideas out there?
Posted by samoasoftball at 8/14/2012 6 comments: 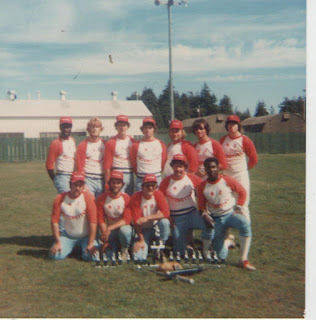 The picture is from 1980. We were mostly in our early 20’s. The mighty M & D Team had won another tournament.  The players were from top left to right, Sam Skillman, Andy Lameroux, Mark Smith, Rob Colivas, Kevin Gomes, Mike Carroll and yours truly. The Bottom from left to right were Rick Mitchell, Kurt Brundgart, Loren Price, Sam Colivas and Mike Robinson.  We were the scourge of most tournaments, as were listed as “C” but knocked off “A” & “B” league teams in tournaments quite often. We notched tournament championships in Crescent City, Fortuna & Eureka but didn’t travel that much further. I first started putting teams together in the late 70’s as Traverse and Walsh/Early Bird Construction. Some of the top Teams in the late 70’s and Early 80’s were Tiny Tot’s, Sam C Milla, Johnny’s Cookhouse, Mazzotti’s and Art Johnson Sox. The top players at the time were John Lister, Mickey Ayala, Joe Denbo, Barry Scarpelino and Bob Sprague.
In the mid to late 80’s the bats were starting to change the game quite a bit. I folded the M&D team and played for James Hill Trucking, Bethel Church, Sacred Heart and Britt Lumber. The Calvary Brothers won almost every tournament they played in and we placed pretty well in the State Championships. The best teams during this time were Red Machine and Collenberg’s. Bodie Smith, Dave Frost and Paul Callens  were great players then.
In 1989 the James Hill Trucking team qualified to go the USSSA state championships in Woodland. 64 teams that survived their qualifying tournaments were battling it out. We finished 3rd in the state which is still the highest ranking for any USSSA team in Humboldt County. The next year I tweaked the team as Louisiana Pacific. We went to a North State qualifier that had 79 teams in Martinez! We had to finish in the top 16 to face the top 16 in the South.  We did and ended up 4th in the State! The top teams in the late 80’s and early 90’s were Latner’s, Rendevous, James Hill, E & J, Plateburners , Stinger’s and my Baywest Softball team. Top Players were Glen Johnson, Stacy Lyons, Jamie Robertson, Scotty Eskra, Bill Landowski, Rick Webster, Ronnie Webb, Mike Powers and Bob McCrea.
In the 90’s Mrytlewood Market had the best team.  They had Dave Allen, Gary Young, Barry Oliver, Mickey Ayala, Bob McCrea and any other hot player at the time. I had took up weight lifting and went from a placement line drive hitter to a power hitter. I played a few tournaments with Myrtlewood, but mostly was with James Hill. I also played for Everett’s in Arcata.
The 2000’s started the phasing in of Wood Bats in Arcata. The Tastebud’s and Ray Wolfe Construction were the teams to beat in Tournaments. Old Town Muffler had no competition in Eureka. The best players were Tommy Lawler, Chris Pence, Eric Eichen, Jeremy Rasmussen, Mike Dobrec and Jared Harpe. Kris Avelar and I started a Humboldt’s Finest team that dominated tournaments in the valley and reached a #5 ranking just a few years ago. But it was too much traveling and we folded.
Present. What have you done lately? I have slowed progressively the last few years. Two Wrist surgery’s didn’t help. I can still get on base, but am a liability on defense, but I still love to play. So I roll myself out there each week. Sons of Pitches are the team to beat the last 4 years. Bear River does well but plays little. Snow Leopards are up and coming.  The ebb and tide of the softball dynasties will continue. I was grateful I had a chance to play on some of the best while I could!
Posted by samoasoftball at 8/08/2012 16 comments: 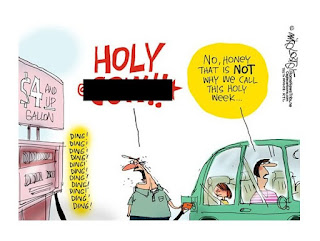 Explain this gas thing again to me. Ryan Burns of the North Coast Journal did a great job on trying to explain the issue, but while I was in Southern Oregon I paid less than $3.50 for a gallon of gas. That's right, $.50 less than Eureka! Most of Oregon was the same, and they have to pump your gas for you! So they are employing so many more and are still able to sell gas for that much less? Please help me understand!
Posted by samoasoftball at 8/01/2012 14 comments: