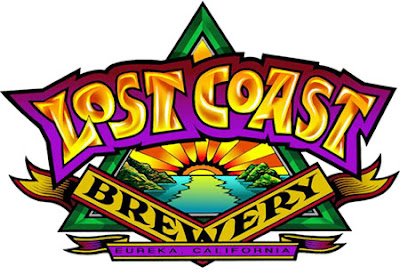 Robin and I were having breakfast at the Cookhouse the other day and a couple of women came and sat near us. They had come from Marin County just to visit Lost Coast Brewery! I sure hope they tried the IPA. That is my favorite!
Posted by samoasoftball at 4/28/2011 12 comments:

"He is risen!" But why all the paganism? 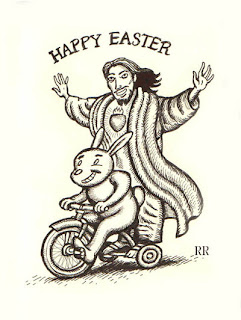 I was surprised to see that both the Times Standard and the San Francisco Chronicle had no reference on their front pages about today being recognized as Easter. Whatever your beliefs are, this is still primarily a Christian Country. 76% of the country claims to be Christian so you would think there would be more made of the day. Anyways, Happy Easter!
Posted by samoasoftball at 4/24/2011 8 comments:

Who won the GPU war? Round and round.

I went to yesterdays Board of Supervisors (BOS) meeting to catch all the hubbub surrounding the General Plan Update since it is on the Humboldt Bay Harbor, Recreation and Conservation District agenda for Thursday night. The public comments were pretty amicable and calm for the most part. With seemly so much at stake for each political side (developers vs. inclusionary zoning/Plan A fans) it wasn't a huge war.

Once the item was taken on by the BOS things spun round and round with no Supervisor coming up with a concise motion. Jimmy Smith tried to bring forth a motion for a Select Committee but was left on an island with no real other input with the process. Supervisor Clif Clendenen made it clear he was not supporting anything to slow the GPU process. Chairman Mark Lovelace did a good job at trying to frame all options without stumping for his own views. Very impressive. The BOS made the decision to stay the course and have staff look into creating a Citizen Advisory Committee (CAC).

When the dust settled, who actually was the winner here? Obviously the people who wanted the process to continue full steam ahead. Kirk Girard and his staff came out looking better than he had going in, so he was a winner. Mark Lovelace taking control of the process and helping pull off a 5-0 vote no one was expecting puts him on pretty high ground. I guess I would have to say the losers were the development crowd. This must hurt the Boogie man syndrome that certain Supervisors are lock stock and barrel in political corners. Or maybe they just missed the memo.
Posted by samoasoftball at 4/13/2011 11 comments:

Should I expose or out Heraldo?

I have been sitting on this for awhile. I was just wondering what you all think. Should I identify this anonymous hater, or let the prog machine just keep preaching to hugely minority fringe left?
Posted by samoasoftball at 4/08/2011 202 comments: 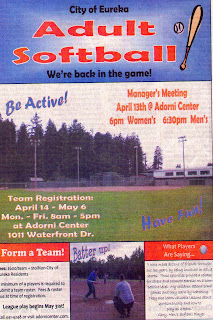 The City of Eureka is holding a managers meeting for adult men's and women's softball teams April 13th at the Adorni Center. 6pm for the women and 6:30pm for the men. So if you want to play ball in Eureka, here is your chance! And if you are a Eureka based team in need of a sponsor, please call 445-3432 and I will help you with that. So what is stopping you?

(Thanks to all the Eureka City Council for their unanimous vote to re-instate the adult sports programs!)
Posted by samoasoftball at 4/07/2011 No comments: