Tim Petrucha pointed out some disadvantages Humboldt Bay has, starting with the bays isolation and lack of infrastructure. Tug ships tend to support Harbors that are hubs of shipping. The yearly shoaling of jetty causes dredging issues which makes it cheaper to do business in Coos Bay Oregon. Tim explained how solving some of our Coastal Dependent Industrial Zoning issues will help create opportunities for the bay. Tim also informed everyone that Humboldt gets more than its fair share to dredge the main channels and the purchase of a dredge will help relieve the $600,000 just to mobilize a dredge to the bay and acknowledged the Harbor’s Transportation plan for the Peninsula to help with future transportation infrastructure needs. Lastly, Tim spoke about the Sediment disposal plan and the 4 Cruise ships arriving in the next two years.

Tom Mattson called transportation a “5 Trillion Dollar problem.” Used analogy of trying to repair secondary roads such as Bell Springs when Humboldt is cut off from the rest of the state and how it is nearly impossible to avoid the red tape to fix. “Partnerships with other counties important.” “Really need to focus on lobbying at state level.”

Brian Gerving has 114 miles in Eureka to deal with and a need for about 3million dollars and shortfall of about 2.4million.

Brad Mattam explained condition that Cal Tran District 1 deals with and how lack of population works against us. Brad used example of Industry Standard Trucks not being able to through Richardson Grove costing $900 more per truck. Felt Humboldt needs to tell their story better how this economically affects the North Coast.

Estelle Fennell spoke to the Geological concerns and the 500 million dollars needed for capital repairs in the Eel River Canyons. Estelle would like to see a tourist train  track with trails in Humboldt. Estelle thought this would be a good mix with the potential cruise ships on the horizon. She also pointed out that there were ongoing meetings with Senator Mike McGuire to find solutions to the funding issues for the North Coast Rail Authority.

Emily Jacobs identified five Airports in Humboldt County. She talked about the retirement problem airlines were having with pilots. Pilots are no longer considered “glamorous.”  Air Service has a lack of Air Service Partnerships and really need Revenue Guarantee. Emily floated the idea to use the industrial sites at the various air ports around the county for rental spaces. Emily also explained how hundreds of potential Humboldt flyers a day drive to other airports to fly to other destinations, usually for price breaks. She explained that there are local resources available for Humboldt flyers to save money and to just contact her for those programs.
Posted by samoasoftball at 10/18/2017 No comments:

Some changes down the road for the town of Samoa and the entire Peninsula South of the Bridge.
Posted by samoasoftball at 10/16/2017 No comments:

What does shelving of SB 562 do for the average Joe? (Richard in the this case.) 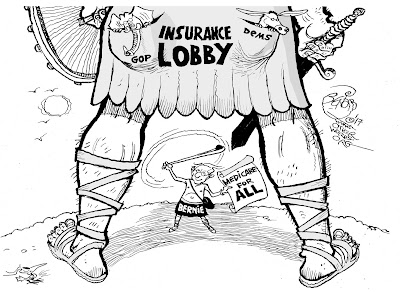 Shelving AB 562 does what for the average Joe? The average Richard here.

I have type 2 diabetes. I was first diagnosed when I was 26. Went on diet and tried to maintain for years and was fortunate to slide through a few decades with fairly decent health. Since I hit my fifties it has been a different story. I have been taking Metformin (Glucophage) for years and still was regularly running a blood sugar of 300. That will make you miserable. I swore I would never use a needle to inject myself and tried hard to diet and lose weight to avoid. I few years ago I threw in the towel and started using insulin, but still have to take 2,000 mg a day of Metformin.

I had a Doctor appointment at Potowat Village recently and my numbers still were not good, but better. I gave my doctor a notice from my provider that would not cover my insulin brand, "Lantus" anymore. My doctor was adamant that I needed to stay on this brand, as it was a long acting insulin and preached to me the need to stay the course. I went to the Pharmacy at Potowat to fulfill my new prescription and told them my doctor explicitly wanted me to stay on Lantus. They said that would be no problem but the cost was $800 a month! I am on a fixed income and that was way out of my budget. After consoling my doctor and the pharmacy I was put on Levemir which is a generic insulin that is not as effective as Lantus. So I was forced to make a decision concerning my health because of a Pharmaceutical companies greed to make money on the sick!

I am tired of narrative that would be impossible to fund single payer health coverage. 40 civilized countries have some sort of single payer. We need to move forward on legislation such as SB 562 instead of shelving something that over 70% of the voters want in California. Just my take. And I am sure I am not the only one in this boat.
Posted by samoasoftball at 10/01/2017 1 comment: