Humboldt State Basketball Coach Steve Kinder on the way out? 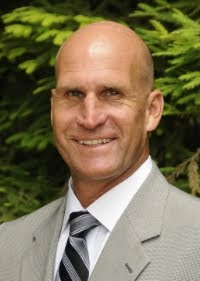 Really. What can Steve do for an encore? His team is ranked 3rd in the country with a 24-2 record. (Actually ranked Number 1 in one computer ranking poll.) They will probably win a few more and be considered one of the top HSU teams of all time!

I really feel that Steve should see if there is a chance for him to be considered for a Division 1 offer. This is not to dis on HSU. It is just that Kinder should maximize his potential and he is topped out here. I watched this team early in the season and just am blown away at how good they have become as the season has progressed. And the players that have been recruited in the past by Steve such as Mark White, Fred Hooks, Austin Nichols, Cy Vandermeer, Jeremiah Ward, Grayson Moyer, Devin Peal, Kevin Johnson and Zac Tiedeman speaks in volumes of his eye for top rated talent.

I have also played Adult Basketball against Kinder and he knows how to exploit a players weakness on the court. Oh, and this is not some ploy for me to get him to move away. I really like the guy and appreciate his willingness to show up to local High School games, even though there really isn't any local players that could compete on the HSU level.

Now CR on the other hand......they need to recruit Humboldt's best so we have something to watch out there.
Posted by samoasoftball at 2/28/2011 2 comments:

Americans strongly oppose laws taking away the collective bargaining power of public employee unions, according to a new Gallup Poll. The poll found 61% would oppose a law in their state similar to such a proposal in Wisconsin, compared with 33% who would favor such a law.

So why are the Republican governors in Ohio, New Jersey, Indiana, Iowa and other states considering similar laws? Got me. This will come back to haunt them.

And while we are on the subject of people wanting to organize, many Starbuck employees have been in the process of organizing through the Industrial Workers of the World. (IWW the Wobblies)
Posted by samoasoftball at 2/24/2011 14 comments:

I have been approached by many in the community about the plight of adult softball in Eureka. With the passing of Measure O, there is a fleeting chance at having adult softball again in Eureka. It just has to be self sufficient. But you can't just sit on the sidelines and belly ache! (Or dugouts if you will) Call your elected City Council People and let them know you would like to see Eureka City Adult Softball leagues brought back.
Ward 1 Councilperson Marian Brady @ 441-4169.
Ward 2 Councilperson Linda Atkins @ 441-4168.
Ward 3 Councilperson Mike Newman @ 441-4170.
Ward 4 Councilperson Melinda Ciarabellini @ 441-4167.
Ward 5 Councilperson Lance Madsen @ 441-4171.
Mayor Frank Jager @ 441-4200.

Just leave a message if they are not there!

If you have the itch to start playing in the near future, the Mad River Softball Association is hosting a "Spring" league of either mens or co-ed league starting in April. League games are on Sundays, and teams play double headers at the Arcata Sports Complex. The nicest natural playing fields in all of Northern California. Our regular season starts on June 13th.
Posted by samoasoftball at 2/21/2011 11 comments:

Residents in Fall River are up in arms over having low-income families and the perceived rise in crime. And the possibility of devaluing property values is a big concern. Residents were also concerned about little notification of the process.

There is a need for 970 low-income units to keep with updating Shasta Counties General plan. The county is about 800 units short.

It looks like this will happen within the next year or so. The town of Samoa will become a Community Service District through reorganization of the Samoa Peninsula Fire District. The attic of the Samoa Cookhouse is being remodeled through "green" processes and will become an "Ecohostel." The old fire department gathering hall by the Cookhouse will also become a "Ecohostel" with a "green" themed RV Park. I will update as I learn more.
Posted by samoasoftball at 2/10/2011 10 comments: