P R E S S  R E L E A S E
For Immediate Release, September 27, 2018
Richard Marks Announces Re-Election Campaign for Harbor District Commissioner
Contact: Richard Marks, (707) 496-9043, voterichardmarks@gmail.com
Eureka, Calif.—Richard Marks, current Commissioner on the Humboldt Bay Harbor, Recreation, and Conservation District, Division 4, will announce his re-election campaign at a campaign rally on Wednesday, October 3 at noon (12 p.m.) at the Madaket Plaza on Eureka’s waterfront. The campaign announcement will feature speeches by Richard as well as 3rdDistrict Supervisor Mike Wilson, 2nd Division Harbor Commissioner Greg Dale and Eureka Major Frank Jager.
“I am running for re-election to continue to bring real economic balance and environmental stewardship to the District,” said Marks. “I am proud of the vision and accomplishments of my hardworking fellow commissioners—from cleaning up three million gallons of toxic liquors at the Samoa Pulp Mill to increasing ship tonnage volume by over 100,000 tons this last year—and I look forward to continuing the momentum, moving Humboldt Bay ahead both economically and environmentally.”
All are welcome to attend and find out ways to get involved with the campaign over the closing
stretch. Learn more about Richard by visiting https://www.voterichardmarks.org/. 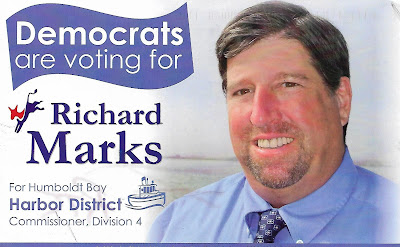 Oh Man, I am going all political on you!

I hope to return to the sports and burger assessments soon, but I am being taken to task for this decision to have caustic liquors taken from the old pulp mill site and sending the chemicals to be re purposed in Longview, Washington. Over 700 truck loads and no spills or emergencies! This helped take an eminent danger to the bay and created a "clean" piece of property. 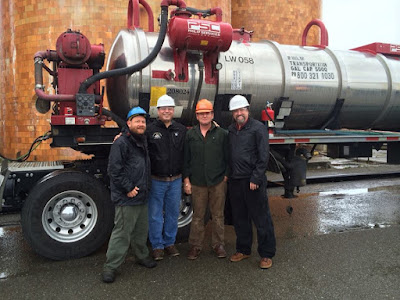 Please check out "Richard Marks for Harbor District 2018". Now go have a great day!
Posted by samoasoftball at 9/19/2018 No comments:

Honeydewds and Arcata Tire/Murphy's win "A" and "B" MRSA Divisions. 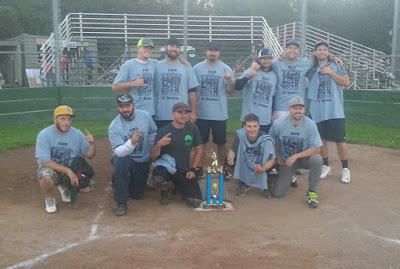 Arcata Tire/Murphy's were seeded 9th but ran the table and beat Redwood Coast Fuel 7-2 for the Championship of the "B" Division.

It was a great, competitive year for the upper divisions this year. All went smooth and let's hope for the same next year! 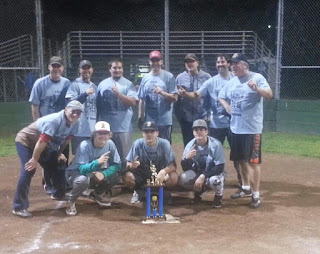