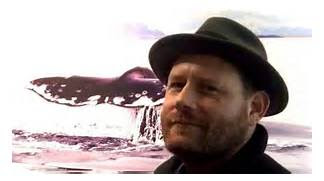 Let me say that I have been so fortunate to have been associated with someone who worked so hard in his 10 years as the 3rd Division Humboldt Bay Harbor Commissioner. Mike challenged me to think topics out at higher levels than just probing an issue face value. Mike led the Harbor District during some really stressful changeover of staff and was instrumental on keeping the Harbor District "afloat" (No pun intended) by his leadership.

I consider Mike the king of "policy wonks" and have admired his wanting technical details of a project before pushing forward. Mike was peerless as a negotiator to help the Harbor District garner funds for the future King Salmon dredging project and keeping the Commissioners informed of the process. Mike served consecutive terms as President of the Commission and was on the lead of bringing the EPA on to help clean-up the old Pulp Mill.

I can't say enough good things about Mike. Although his taste in foods might not align with mine. But he has opened my mind to strange cuisines and had me taste foods I normally wouldn't try. And he is great to have a beer with and shoot the crap bout all things life.

Godspeed Mike as Supervisor of the 3rd District of Humboldt County. They are lucky to have you.
Posted by samoasoftball at 12/15/2016 2 comments:

The former Navy vessel "1091" will be pulled away from dock by England Marine at 7:30am and towed to grounding spot below Samoa Cookhouse at 8am. Hope all goes well.
Posted by samoasoftball at 12/11/2016 1 comment: