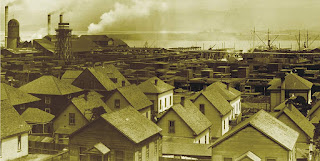 A proposed Community Service District is moving along out on the Peninsula. It has been a long drawn out process but there is light at the end of the tunnel. Right now there are about 517 residents south of the Samoa bridge. When total build out is complete there will be about 1,221 with many new housing affordable. I am excited to see positive change in the horizon.
Posted by samoasoftball at 2/24/2017 2 comments:

I went to the California Maritime Leadership symposium.  17th year they have met.   The California Maritime Leadership Symposium is a conference focused on all modes of California’s maritime transportation system – ports, vessels, highway and rail – and the intricacies, challenges and realities of maintaining and growing a viable, healthy and dynamic maritime economy in the 21st century. Here were some observations: 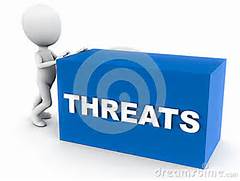 Tonight's Humboldt Bay Harbor meeting was packed once again. New 3rd Division Commissioner Stephen Kullman was sworn into office. I was elected by my co-commissioners to be Chair for the 3rd time with Larry Doss serving as Vice Chair. Earlier in the meeting a member of the public pledged $50,000 of "mother natures" money into a campaign fund to take me out of office. Our big ticket item for the night was a discussion on Dredge Sediment disposal plan and the Beach Disposal option. The discussion was lively, with the majority wanting dredging no matter what it takes. And many fishermen and boat owners were in favor of using the Beach Surf Zone Disposal option. Dave Schneider, who was a consultant (And Dock Owner) on the present and past disposal projects gave history back to the 70's and gave strong arguments for using the beach. It seems that there was some agreement in the past to never use the beach option again. Commissioner Kullman wanted to see if the cost difference was manageable to use the Pulp Mill outfall line as compromise. The subject was just a discussion and staff was given direction to work with the agencies first to get some common ground or sand if you will.
Posted by samoasoftball at 2/16/2017 2 comments:

North Western Pacific Co (NWPco) is currently having flooding issues at Shellville and other areas on the Southern Portion of the North Coast Rail Authority (NCRA) rail tracks. NWPco is the freight carrier for the NCRA and service these customers (click on link) in Marin and Sonoma counties. There has been quite of few financial moves by the NCRA staff and board, that will have the NCRA running comfortably in the black for the foreseeable future. So some bad news, and yet some good news for rail service. Next expansion project to Cloverdale.
Posted by samoasoftball at 2/09/2017 1 comment:

Witty, Sarcastic, Shrewd and in his own way, Brilliant. I met Ted at Eureka High when he was editor of the Eureka High School Redwood Bark paper. I was a junior writer and I thought the guy was arrogant. I noticed girls in class were gaga over him and he seemed aloof to their calls for attention. To really put a great impression on me, he assigned me to do a Eureka High golf story with Mr. Darling and I knew nothing about hitting a ball with sticks into holes. He was dating Amy Waldsmith at the time, so I did give him kudos for that. Truth be known, I was kind of jealous of Ted. He seemed so confident and focused.

Little did I know until letter in life that he suffered his demons like the rest of us. He was actually shy and not at all overconfident. Some of his writing for the Time Standard seemed to take "Scorch and Burn" attitude on some local issues. He was not afraid to share his feeling and points of view. I got to hear from plenty from the public locally and it seemed that Ted was persecuted for his coaching techniques in youth baseball, football and basketball as well as for his writing. I had to hear people talk about his favoritism with his sons Trent and Tyren, when in reality they were very talented and approachable young men. My son Jacob played basketball for Ted and I witnessed no favoritism and he was beyond fair.

I played Recreation ball with Ted and he was always very retrospective of the players playing and good at taking in the moment. I am sure he thought I took things way to serious.

Anyways, this is a poignant time to reflect a good man who loved his family, was a great coach, fantastic writer and master observer of people. He loved his children and was so proud of Trent, Tyren, Kyndall and Kellen with all his heart.

May Ted now Rest in Peace, but not be forgotten. 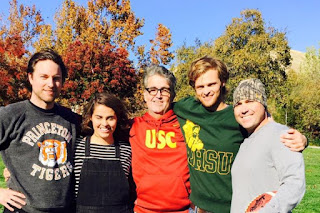