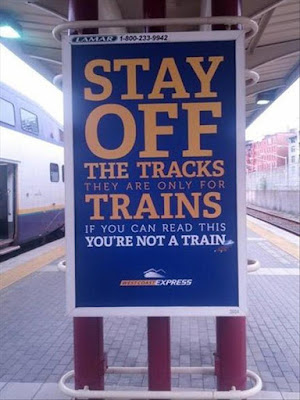 Healdsburg City Councilman David Hagele was welcomed aboard and attended his first meeting as at large city representative. And it was a lively one.
The California Transportation Commission (CTC) was on the forefront of the NCRA July meeting. There seemed to be a demand of the Commission for the NCRA to produce a working business plan or a shut down plan by October. It is to note that the CTC has no Jurisdiction over the NCRA.  As I am on the Finance Committee I have been privy to the projected budget for next two years and can confidentially say the NCRA will be able to pay their bills thanks to a settlement with AT&T over encroachment issues in Ukiah. That, of course, is contingent on no emergencies. The CTC speculated that the NCRA was selling properties purchased with public dollars to cover debt incurred and wanted accountability of those funds. A land transaction with the Judicial Council of California at Ukiah’s old train depot was supposed to generate $1.3 million for 4.1 acres has been in the works for a few years. The hope is to build a new Mendocino Court House at the location.
NCRA Executive Director Mitch Stogner explained that his organization has Operating Expenses of about $700,000 and Revenues of $500,000. That statement in itself usually gets attention. You have to remember that the NCRA is not legislatively funded so operating expenses have been “smoke and mirrors” or creative financing for years. One of the ways the NCRA has been able to exist is having NWPco make $15,000 payments to the NCRA for a Rail Rehabilitation & Improvement Financing (RRIF) 3.1 million dollar loan that was made in 2011 for track repairs with NCRA acting as Co-Borrowers with NWPco. Another critical financial burden for future consideration is the millions that is pending in lawsuits against the NCRA. Our audit calls us a "ongoing concern."
NWPco counsel and former North Coast Congressman Doug Bosco explained that the original legislative creation of the NCRA did nothing to fund the ongoing operations. Mr. Bosco said NWPco announced to the CTC Commission no plans to service the 240 miles north of Windsor. Currently they are only operating at night and have had to battle flooding. A proposed rail spur that was initially estimated at $150,000 has now been priced at $800,000 at Lagunita’s Brewery in Petaluma. Mr. Bosco said the NWPco is profitable in Marin and Sonoma County. But what about Mendocino, Humboldt and the Port at Eureka? Not in the plans at this time.


When you compare some of the numbers for transportation concerns, it is hard not to consider the $459 million for the 6 mile bypass at Willits or the $440 million to Sonoma Marin Area Rail Transit (SMART).  Is train service even being considered by our local legislators? The bottom line is that the NCRA need legislative help as quickly as possible. The rail line is an important asset for the North Coast. As freight service or as recreational trail.
Posted by samoasoftball at 7/21/2017 1 comment: