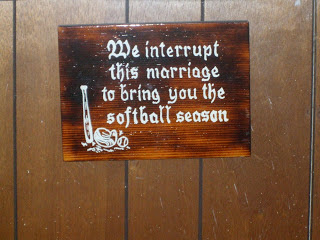 The Mad River Softball Association will be hosting a managers meeting Monday May 20th at the Arcata Community Center at 6pm.

Eligibility: The Board reviewed past meeting notes regarding Player Eligibility.

"Starting this year, players can only play for a total of 2 teams during playoffs. Players will choose their 2 teams for post-season participation in either “A” and “B”, “B” and “C” or “C” and “D” divisions. A player must have at least 6 regular season games played to qualify for his or her team’s playoff roster. Players will sign up for no more than 2 teams to play for during the post-season when initial liability forms go out at the beginning of the regular season. If managers do not comply, their teams will be removed from playoffs after one warning. The only exemption would be if a team has less than 8 players confirmed to play, and both team managers respectively agree that a non-qualified player can join to avoid forfeit. Once that agreement is made, neither team can have a justified grievance after the conclusion of the game."

Humboldt freezing over? No global warming this month. 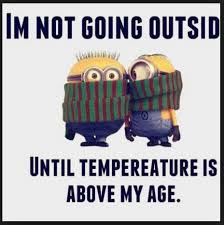 I was checking out the Weather and noticed that we had only met our average daily temperature 2 times in May. And that was 59 and 60 degrees! The other 12 days in May were all in the 50's and below our average! So are we witnessing global cooling in Humboldt? Can I somehow blame this on Game Thrones?
Posted by samoasoftball at 5/15/2019 3 comments: