Samoa, Ca - Freshwater Tissue Company announced the permanent closure of the
Samoa pulp mill. Evergreen Pulp, the prior owners of the pulp mill, closed
the mill in October of 2008 after a global collapse of the banking industry
left Evergreen insolvent.

Freshwater Tissue purchased the Samoa mill assets in February of 2009 with a
vision of converting the pulp mill to an integrated pulp and tissue plant
that would convert forest residuals into consumer-ready, eco-friendly toilet
paper. The projected cost of the plant conversion was $400 million. The
owners anticipated borrowing the funds from the Department of Energy.
Unfortunately, DOE loans were only available to green energy projects, such
as wind energy, solar energy, and the production of electric cars.

After failing to fund the integrated tissue mill project, Freshwater scaled
down its business plan and reduced its capital requirement to $30 million.
The company's new plan was to produce eco-friendly pulp, and it secured a
10-year sales contract for 100% of its production. Freshwater obtained all
necessary regulatory permits to re-open the mill, it received unprecedented
environmental and labor support, and it had bi-partisan government support.
When the company received notice from the U.S.D.A. that it qualified for a
$25 million loan guarantee Freshwater believed a loan was certain, but it
soon discovered banks would not loan against a government backed guarantee.

In a statement issued by Robert M. Simpson, Freshwater's President, Simpson
said "I am disappointed in our failure to re-start the pulp mill. We
exhausted all possible means of funding the project with the intention of
re-hiring union workers. Unfortunately, FDIC regulations made it impossible
for banks to finance startup projects like ours."

Freshwater reported that it has received an offer for its power and recovery
boiler. When asked about the offer Simpson said "we have two groups
interested in acquiring the boiler but we are not in contract and we don't
have any expectation as to when a sale will be completed." Simpson didn't
offer any details of Freshwater's future plans for the 156 acre industrial
site.
Posted by samoasoftball at 9/28/2010 11 comments:

Scottie Lee Meyers from The Lumberjack (the Humboldt State University student newspaper) is looking to do a story on the Pulp mill, past and present.

He can be reached at this email address slmeyers@humboldt.edu or called by cell phone: (262) 385-7518 if you would like to add your 2 cents. 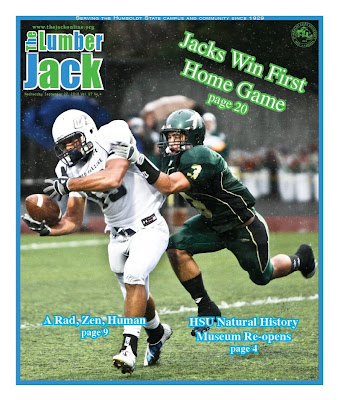 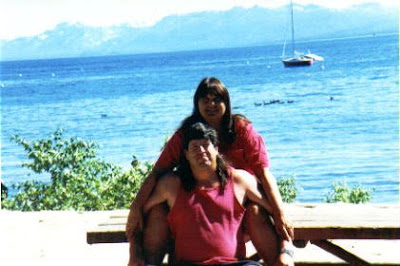 The Marks endurance race continues. We used to joke to our friends that the only thing that was keeping us together was our kids, because we wanted to avoid a nasty court battle on who would have had to take them! But both are out on their own for quite a few years now, so I guess that was not the case. She puts up with me and I her. I will be at the softball fields most the evening and I am sure she will join me. What a date!
Posted by samoasoftball at 9/16/2010 11 comments:

The former "Beer League" Championships, (which has been ongoing since 1973?) was replaced by the "Tomaso's Willow Creek Invitational." This was due to liability issues. 10 teams and over 100 participants and many hundreds of fans watched some great ball this weekend. In the "A" Division, Son of Pitches (SOP) were able to run the table and went undefeated and beat Puba's 1 for the Championship. In the "B" Division, Blondies Beakers beat Puba's 2 for the Championship. SOP won the overall Championship by beating the Breakers. All Tournament players for the "A" Division were, Doug Small and Kirk Gray Powers from Tomaso's, Wayne Wilson and Charles Barblutten from Central Station, Cam Reed and Jared Harpe from Puba's 1, Mike Menacho, Toye Johnson and Byron Gardner from SOP. Jason Mullaney was the Most Valuble Player of the "A" Division.

In the "B" Division, The Blondies Breakers defeated Puba's 2 (My Team) for the "B' Championship. Brian McNeil was the Most Valuable Player and David Thompson All Tournament from the Breakers, Marti Conti and Al Schmidt were the picks for Puba's 2. Gnash Day from the Dirt Bags made all tournament as did Rick Harding from Good Woods. Gene Joyce and Richard Wanu from the Pigs also made All Tournament. Mark Dube and Bob Davis were chosen from the Fat Bastards.

This Tournament would not happen if not for Tom Pagano, owner of Tomaso's Specialty Foods & Distributing at 201 Taylor Way Blue Lake, CA 95525. 668-1868. Tom supplied the insurance, umped many games, put out water, chips and salsa for all teams and served as good host for this tournament. For the love of the game. I look forward to next year.

Next year will be bigger and better. Tomaso's will be hosting this tournament at the same time next year and also a 10 team Blue Lake Mad River Invitational. BBQ and Bands and other Rowdiness. Stayed tuned.

(The Graphics design for this tournament was done by Jim Romick.) 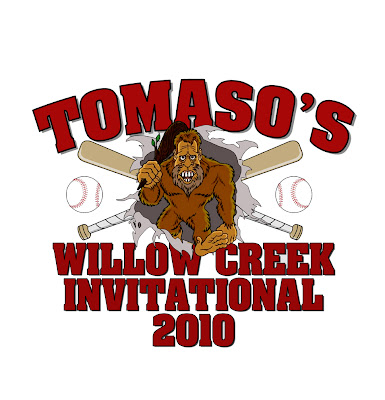 The timber industry has suffered a long decline in Eureka, an isolated community about five hours north of San Francisco.

Now, a group of entrepreneurs wants to restore a wood pulp mill there to its former glory. The hitch is they need someone to lend them $20 million.

If they can't get financing to reopen the facility, which closed two years ago, they say, the local port will fail, hurting surrounding lumber operations and the last remnants of a resource economy in this community of 25,000 people.
"The only thing that sets Eureka apart from Bakersfield or Grass Valley is this port, and without the mill, this port has a good chance of going insolvent," said Sid Berg, president of the Humboldt and Del Norte Co. Building and Construction Trades Council, which supports the reopening.

In its heyday, the Louisiana-Pacific pulp mill, which converts scraps from timber operations into material for paper, generated so much pulp that two cargo ships pulled into the Eureka port each month. Those ships and two others serving another pulp mill in the region would transport the material to paper factories in Asia. Three additional barges brought in gasoline for the region's filling stations.
Since the closure in 2008, a total of only three ships have entered the port. The harbor commission has been dipping into its financial reserves to keep the port running in the hope that the mill would reopen. If it doesn't, the port won't generate enough traffic to justify the expense of dredging the harbor or keeping bar pilots on staff to guide ships into the harbor, said David Hull, chief executive of the Humboldt Bay Harbor District.

If the port closes, gasoline would have to be trucked into the area over winding roads from San Francisco. That would put more trucks on the roads and raise transportation costs for the fuel, Hull said. The cost of Eureka's water could also go up, because the pulp mill was contributing 15% of the district's water revenue.
In addition, other lumber mills that traditionally sold their waste to the pulp mill — popularly known as the Samoa mill because of its proximity to the small town of that name — will have to burn it or truck it to Oregon to sell to other pulp mills.

Because of the increased expense, Schmidbauer Lumber Co. is making about half of what it did when the Samoa mill was still open, said general manager Richard Graham.
But opponents say it's time to let go of manufacturing and stop pouring money into the towering smokestacks that have chugged since the 1960s. They say the Samoa mill's backers are having difficulty raising capital because the deal simply doesn't make business sense.

Bob Simpson bought the mill for $2.8 million in February 2009. Its former owners had abandoned it abruptly the year before, leaving behind millions of dollars in debts amid a deteriorating pulp market.

Simpson initially sought $400 million in financing to convert the property into a mill that would make eco-friendly toilet tissue. When that effort failed he lowered his sights to $20 million to restart the plant as a traditional pulp mill. Requests for loans, government grants and federal stimulus money so far have gone nowhere.
He's now considering selling off the factory in pieces to recoup his investment. A Canadian company has offered to buy the mill's boiler, and Simpson has to give them an answer by Wednesday.

Without timber, he said, the hardscrabble area won't have much to sustain its economy. As fishing and logging have disappeared in the northern part of the state, many locals have taken advantage of the cool climate to venture into a more profitable business: cannabis.

"Humboldt County's economy will be dependent upon the marijuana industry for its economic recovery," he said. "I don't believe that would be in the best interest of the state or federal government."

Opponents say the mill polluted the environment and that the region would be better off focusing on tourism.

"It's time to let go of it," said Carol Binder, a West Eureka resident who can see the smokestacks of the mill from her home and runs a blog, People Against the Samoa Pulp Mill.
Posted by samoasoftball at 9/09/2010 19 comments: