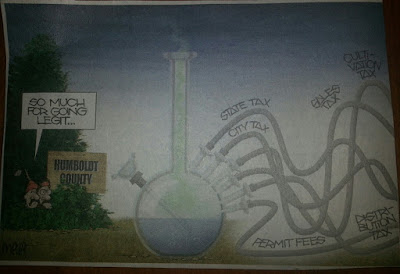 How can we fix this problem? Start from scratch?
Posted by samoasoftball at 4/29/2018 No comments: 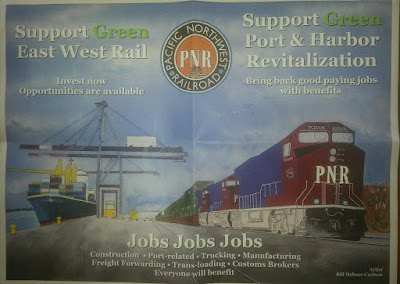 Why all the secretive "hush, hush" on this new Pacific Northwest Railroad organization? Seems to me that the Humboldt Bay Harbor, Recreation and Conservation District (HBHR&RD) and the North Coast Rail Authority (NCRA) should probably be part of the conversation. I was called by a concerned potential local investor who wanted to know our involvement and I said I have only heard rumors, but here is now some evidence. Supposedly local people have been asked to invest 10 Million dollars to help leverage an ask of 4 Billion private dollars from Wall Street. Anyone out there have further clarification? Supposedly this new organization said there are rail laws on the books from the 1800's that allow them to fast track the process. 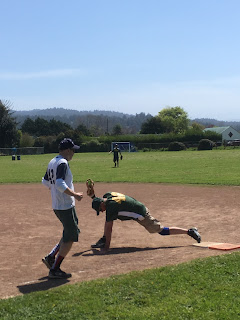 In a spirited Senior softball tournament that included controversial calls, illegal bat, rule clarifications and windy conditions, the Relics by virtue of head to head play squeaked by Classics 11-10 to win the 2018 Humboldt Classic Senior Softball Association tournament at Pacific Union.  Jeff Hagg for the Relics went 12 for 12 to for the batting title. Stuart Rosenburg was close behind at 10 for 11 or .909 average.

Big Thank You to Bill Hicks, Buzz Johnson and Rod for the help with field prep. Lets do it again soon!

Here are the top 21 hitters by Base % in the Tournament as best determined by the hideous scorekeeping of your softball brothers: 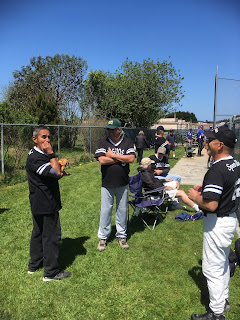 (On a sad note the Softball King went down with another back injury. So I on Injured Reserve for the time being)
Posted by samoasoftball at 4/23/2018 1 comment:

The Senior Softball King traded to Legends for Tim Ash.

In a complicated three team deal involving waiver wires, a six pack of Beer and Humboldt Classic Senior Softball League offices, Richard Marks (AKA the Senior Softball King) has been traded by the Relics to the Legends for Tim Ash. "I had a great run with the Relics!" When Marks was reminded he only played for them for 1 year, "I lasted a whole year with someone?" Legend coach Bill Hicks had this to say, "We were looking for someone who could field , hit and run. They were all taken, so we settled on Marks."

The Tale of the Tape

Senior and Open League On Base Percentage for 2017:

Tim is a better pitcher than me and more of an asset on defense. He does drink a higher class of beer also I might add.
Posted by samoasoftball at 4/19/2018 No comments: 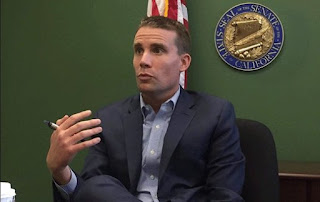 Recently the Senate Transportation and Housing committee voted on SB 1029 (McGuire) and the vote was 12-0. This is the first committee hearing in a process that calls for another policy committee hearing in the Senate Natural Resources committee on April 24, followed by a Senate Appropriations Committee hearing and a vote of the full Senate. There has been discussion to further amend the bill. As far as I understand the same process will take place in the State Assembly.
Great Redwood Trail Act
An act to add Section 14111 to, and to add Chapter 4 (commencing with Section 93030) to Title 12 of, the Government Code, and to add Chapter 14 (commencing with Section 5880) to Division 5 of, and to repeal Section 5883 of, the Public Resources Code, relating to transportation.

The people of the State of California do enact as follows: 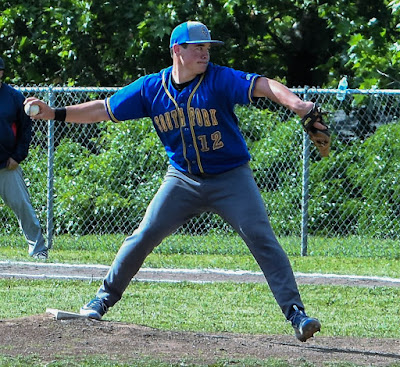 Here are the leading Humboldt-Del Norte High School Hitters. I was only able to retrieve the teams that have reported on Max Preps. I really could use some contacts for box scores for McKinleyville, Arcata, Hoopa Valley, Fortuna and Ferndale. Cyphers is one of the leading hitters in North Coast Section Division 3!