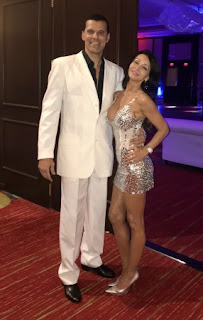 I love basketball. I really was fortunate to be able to play in youth and adult Recreation Leagues all during to 70's. I would spend Saturday afternoons at either Zane, Winship or Jacobs challenging in for a chance to play. Or I would be outdoors facing up against the dreaded Victor Boutan who would wipe the asphalt on the short baskets at Marshall Elementary. I was on the courts at Lafayette most other time that I was off school or work. I worked at Duck's Market off and on from 72' to 75' and then at Bazar until they closed. I could shoot pretty well and held my own for the most part. But who were the best players I saw during that time? When I was at St Bernard's I would say that Zach Barnes was really a notch above as was Gary Mendenhall. Jim Berning from Eureka was the best shot blocker by miles. Ron Webb was smooth and Don Snowton was forceful. Tim Ison was probably the best shooter. Frank Powers from Arcata was almost mythical with his height. Mark and Matt Nilsen were a great brother duo. Bill Lund from Del Norte was the best near the border.

The one player that was almost legend when he played at Eureka was Simon Abittan. Had a nice little baseline 10ft jumper and not intimidated with the moment.

It seems like a blur after all of these years. I can'r remember too many others. Was the 70's just a lean time for players?
Posted by samoasoftball at 1/24/2019

Saturday was the day to stalk big game at Zane, Winship and Jacobs. And Sundays and Wednesdays at Humboldt. "Bomber" Richard Marks was a constant presence. Great times. Nice post.

Hello everyone, really dreams do come through, i no longer have to apply for loans and worry over my bad credit scores, i got my blank ATM card after so many trails all thanks to Mr George, if you are thinking if its actually real the answer is YES. Mr George is very good at his job i applied for the card and got it shipped to my country 5 days later and i have been using the card for two months, withdrawn a total of €30000 its totally untraceable, my life has transformed from paring an apartment in the slums to purchasing an executive condo with luxury furniture's and now my children can now attend quality schools, Mr George is an angel sent from God to the poor and needy. i am writing this with tears of joy as Mr George has removed my family from the life of want to the life of satisfaction. you can contact him through this email: blankatm402@gmail.com
BEST WISHES